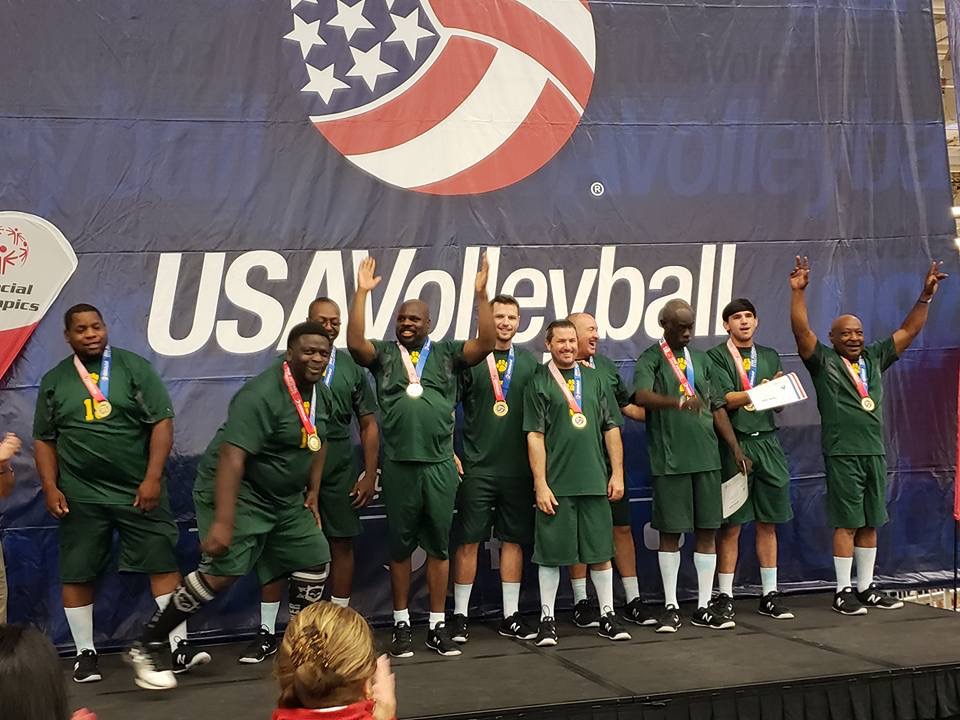 DALLAS, TX- The Chief Appraiser of the Crisp County Board of Assessors, Sean Sammons, was recently out of town to compete in the USA Volleyball Open Nationals with his team from the Unified Special Olympics. Sean brought a gold medal back with him after he helped his team to a first place finish in their division.

The USA Volleyball Open Nationals event was held May 25-30 in Dallas, Texas, and featured teams from all over the country separated into different divisions, including the Unified Special Olympics division that Sean and his team took first place in.

“A unified sport is half Special Olympic athletes and half unified partners,” Sean explained. “I am considered a unified partner. I have volunteered with the Kay Center the past four years with volleyball, and this is the first time we’ve won gold in our division.”