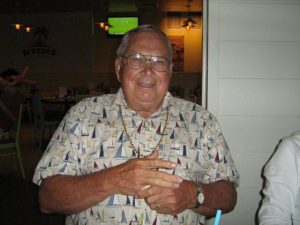 Edd was born on September 10, 1933 in Crisp County, Georgia to the late Carroll and Odessa Moore. With pride and honor, he served his country in the United States Army. Following his time in the military, he dedicated thirty years to Sears, retiring as district manager. A member of Shirley Hills Baptist Church, Edd enjoyed the outdoors and hunting; loved sports and was a referee for the Warner Robins Recreation Department.

He was preceded in death by his parents and son, Greg Moore.

In lieu of flowers, the family respectfully suggests memorial donations be given in memory of Edd Moore to the donor’s favorite charity.

Go to www.mcculloughfh.com to sign the Online Registry for the family. McCullough Funeral Home and Crematory has the privilege of being entrusted with Mr. Moore’s arrangements.