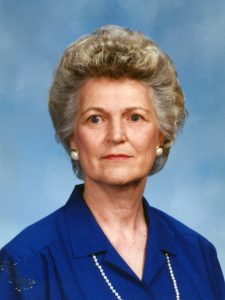 Marjorie Noble Lloyd of Pawley’s Island, S.C., age 89, passed away on July 13, 2018. She was the daughter of the late John Marion Noble and Louvenia Rogers Noble of Rochelle, Ga. She was preceded in death by her brother, Bobby Eugene Noble, and her son-in-law, Marcus Earl Price.

Survivors include her son: James Herman Lloyd, Jr. and wife, Jennifer Hembree Lloyd, of St. Augustine, Fla., and her daughter: Marjorie Lloyd Price of Pawley’s Island, S.C.; her brother: John Allen Noble and wife, Carole Beam Noble of Athens, Ga.; and her sister-in-law: DiLane Oxford Noble of Ocala, Fla. She is also survived by a number of grandchildren, great-grandchildren, nieces and nephews.

Marjorie was born May 22, 1929, in Tippettville, Dooly County, Ga. She was raised in Rochelle, Ga., graduating from Rochelle High School, junior college at Middle Georgia College, and received a B.A. Degree in Education from Georgia Southern University. She decided she wanted to be a teacher and set this as her goal. She taught school at Pavo, Rochelle, Sylvester and Albany, Georgia. Margie excelled as a teach and won many awards and recognition in her chosen profession. She was a Christian and true to her faith and values in the classroom and in daily life. She firmly believed that as a teacher and Mother she should always be an example. Following her retirement, she moved from Albany, Ga. To Pawley’s Island, S.C. to be near her daughter, Missy and her family. She was proud of her service as a teacher, single Mother, and homemaker. She enjoyed and loved her family and friends in retirement.