CORDELE- The Fullington Academy Lady Trojans made the short trip down to Cordele to take on the Crisp Academy Lady Wildcats in what was the first game of the softball regular season for both teams. The Lady Trojans came up with the victory on a hot afternoon after taking control of the game in the early innings.

Sarah Kate Wall and Carlee Roberts each reached base in the top of the first inning with one out for Fullington, and Ella McGalliard then came up with a double to deep left field to put the first runs of the game on the board. The Lady Trojans tacked on another couple of runs on defensive errors and Mackenzie Rogers also hit a two-RBI double later in the inning to give Fullington a 6-0 lead going into the bottom of the first inning.

The Lady Trojans put three more runs on the board in the top of the second inning. Parker Wall and Emma Sanders each had RBI hits in the inning as Fullington held a 9-0 lead entering the third inning.

The Lady Trojans added two more runs in the third inning and four runs in the fourth inning. The game ended in a 15-0 run rule victory for Fullington after four innings. McGalliard and Sarah Kate Wall each pitched two innings for the Lady Trojans allowing only one hit, which came from Crisp Academy’s Sadie Mercer. 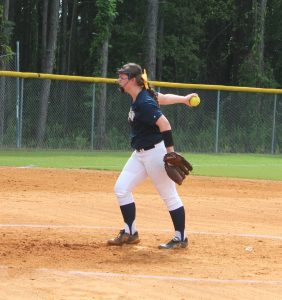 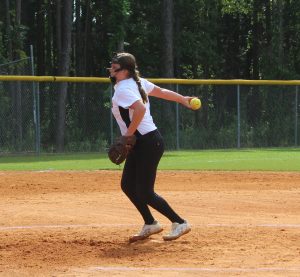