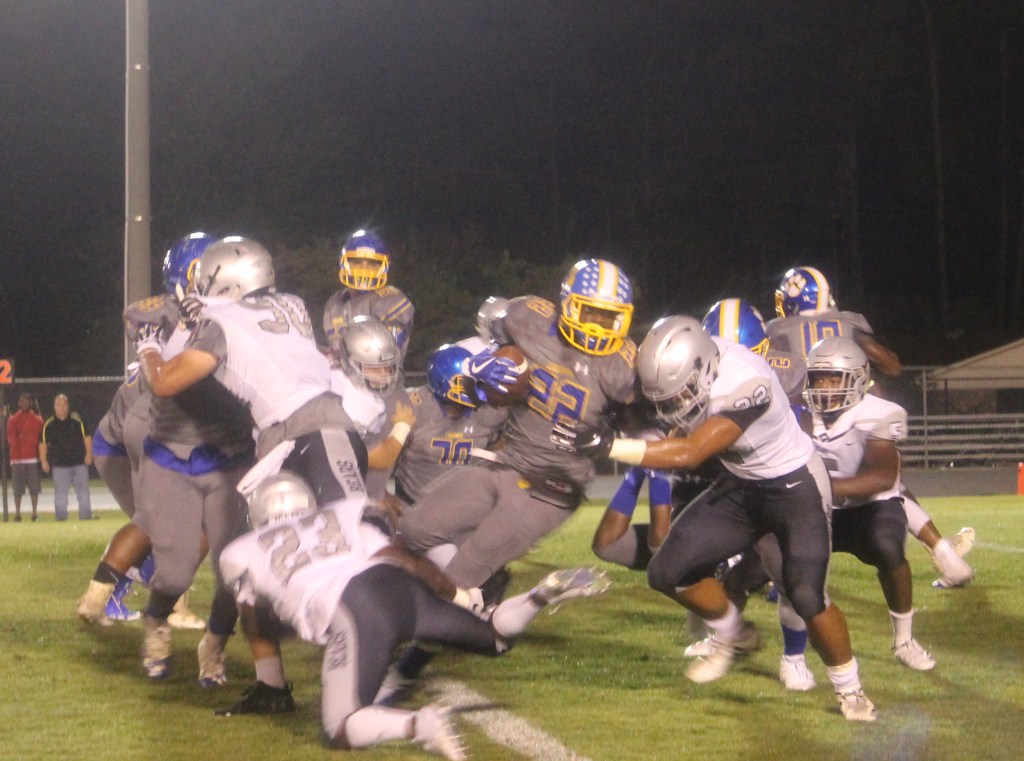 CORDELE- The Crisp County Cougars finished up preseason preparations for the 2018 football season with a scrimmage against the Houston County Bears on Friday night. The Cougars came up with the victory on the night after a hard-fought contest that included a long weather delay and a lot of penalties.

The Cougars opened up the game with possession of the ball and had a decent drive going after contribitions from AJ Lofton, Tubby Spivey and Marquise Palmer, but the Bears eventually forced Crisp County to punt the ball away.

Houston County then had a good possession going helped out by a personal foul penalty by a defender that took them into Cougar territory. Some good pressure by the Crisp County defensive line ended up forcing the Bears to throw a long pass up on fourth down and Romel Shiloh knocked the ball away to force the turnover on downs.

The Cougars subsequently took over possession of the ball with 5:41 to play in the first quarter, and they were able to put together a long drive for the first score of the night.

Lofton hit Palmer for a quick first down for the first play of the drive, and a couple of big runs by the Cougars pushed them into Houston territory. Another Lofton to Palmer connection picked up 20 yards and a Houston personal foul then set up first and goal for Crisp. The Cougars handed the ball to Palmer four consecutive plays until he was finally able to stretch across the goal line for the touchdown. The extra point by Connor Richmond was successful and the Cougars led 7-0 with 1:41 to play in the first quarter.

The teams next traded several defensive stops until the Bears punched in a touchdown late in the first half on a 37-yard pass. The Houston extra point was missed so the Cougars led 7-6 with 4:18 to play in the first half.

The first half scoring was not quite finished, however, as the Cougars put together another long drive to extend their lead just before the halftime break. Lofton, Shiloh, Zye Givens and Anthony Lewis all made key plays to keep the drive going and Lofton was able to punch in the second Cougar touchdown of the night on a 10-yard run. The extra point try was good and the Cougars led 14-6 with 1:02 left in the second quarter. The Crisp County defense forced a stop on Houston’s last drive of the first half, so the score stayed at 14-6 entering halftime.

Houston found their second touchdown of the game on a 12-yard touchdown pass about halfway through the third quarter. The Cougars stopped the two-point conversion try and held onto the lead at 14-12.

A Cougar fumble set up the Bears with good field position shortly after, but the Cougar defense forced another turnover on downs to hold onto the lead. Jayren Fox came up with the big play on the drive for the Cougars with a sack that caused a big loss of yards for Houston. The Cougars were then able to maintain their 14-12 lead for the remainder of the third quarter.

Both teams allowed their B-team players to play the entire fourth quarter to give the younger guys some valuable experience, but neither team scored anymore points so the Cougars finished on top in the contest by the final score of 14-12.

Crisp County opens the regular season at home on Friday night against Americus-Sumter. 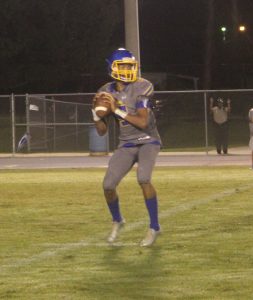 CCHS kicker, Connor Richmond knocks through the point after attempt.