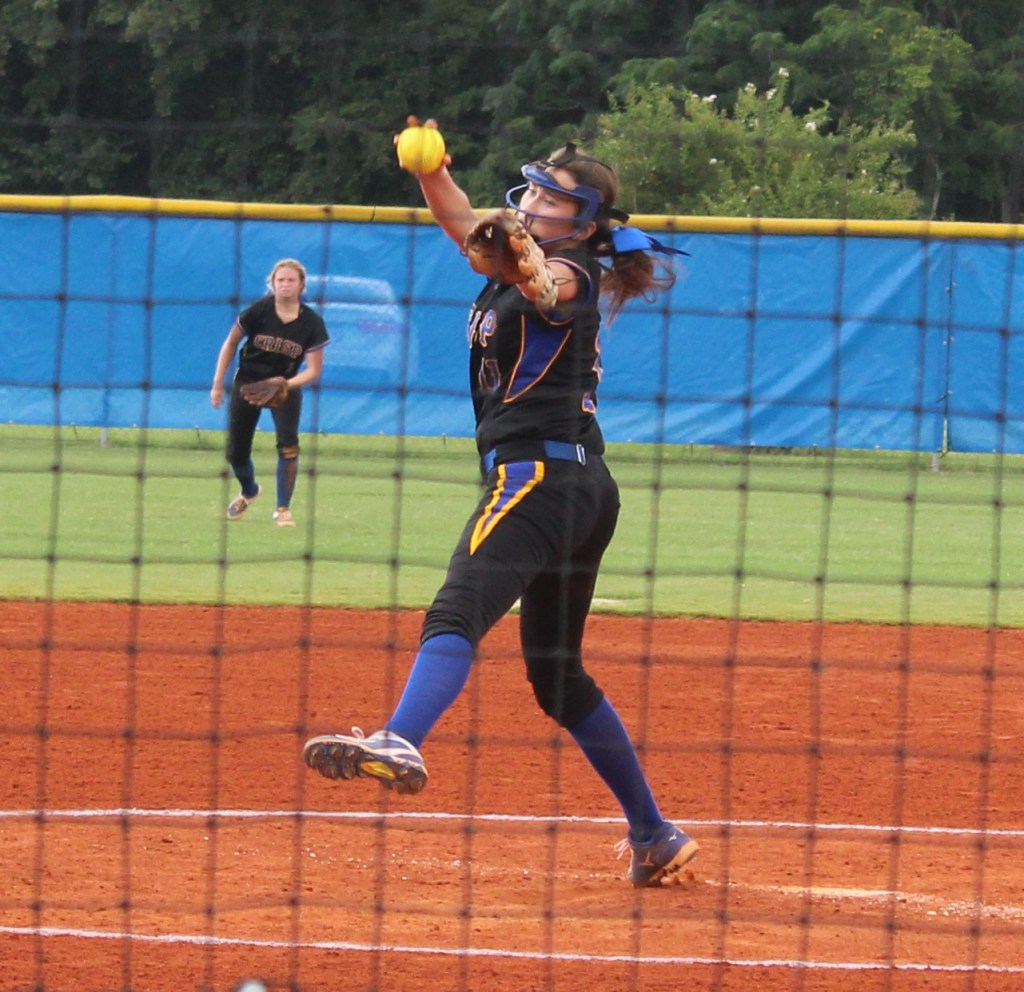 CORDELE- Weather prevented the Crisp County Lady Cougars softball team from completing their opening game of the season against Fitzgerald on Tuesday afternoon. Crisp had just taken a 1-0 lead over the Lady Canes in the bottom of the third inning after a Kirin Webb RBI double when some lightning in the area forced a long delay. The game was eventually called later on in the afternoon, so the Lady Cougars picked up their first win of the season on Thursday afternoon against Berrien County.

Rilee Duckworth got the start in the circle for the Lady Cougars and delivered a scoreless top of the first. Crisp County then got the bats working in the bottom half of the frame and they took an early lead.

Webb led off with a single and Ainslee Forsythe reached base next on a sacrifice bunt attempt on which the Lady Rebels were unable to get the out at first base. Riley Blampied came up with a single to left field next to load up the bases for Crisp. Megan Bloodworth followed up with a walk that sent Webb in for the first run of the game. Macy West provided the second run with an RBI single to centerfield to put the Lady Cougars ahead 2-0 entering the second inning.

Berrien County picked up a one out walk to give them a chance for a run in the second frame, but Duckworth came up with back-to-back strikeouts to end the threat.  Crisp County then tacked on the third run of the game in the bottom half of the third when Blampied blasted a long home run to deep left center. Crisp led 3-0 going into the fourth inning.

Berrien County got a run back in the top of the fourth after a single, a hit by pitch and then an RBI hit. Crisp limited the damage to just one run with a couple of routine defensive plays shortly after that allowed their bats to blow the game wide open in the bottom half of the fourth.

Duckworth and Shelbi Cobb picked up consecutive two-out hits in the bottom half of the fourth inning and Webb drew a walk to load up the bases once more. Forsythe then walked to force in the fourth Crisp County run of the game, and Blampied followed with a two-RBI double that hit off of the fence in deep right field. Bloodworth and Jo Brady each added RBI doubles of their own to make the score 9-1 in favor of Crisp County going into the fifth inning.

Another scoreless inning from Duckworth was enough to finish off the game for the Lady Cougars’ first win of the season by the final score of 9-1 after five innings.

On Friday afternoon, the Lady Cougars hosted Howard High School out of Macon. A lightning delay forced first pitch to be pushed back for awhile, but the game was finally able to get underway and the teams were able to get five innings in through the delays to make it an official contest.

Duckworth was back on the mound for the Lady Cougars versus the Lady Huskies of Howard. The top of the first inning was not an easy one for the Lady Cougars as a walk and a couple of hits loaded up the bases for Howard with two outs. Duckworth picked up a big strikeout to prevent any damage though, and Crisp took the lead in the bottom half.

Webb opened up the bottom of the first with a single to center field and moved over to third on a couple of wild pitches. Bloodworth came up next and put the ball in play towards third base, which led to an error that scored the first run of the game.

The Lady Cougars then got single runs in the second and third innings to add to their lead.

In the bottom of the second, Macy West scored a run on a line drive to right by Webb. The final run of the game came in the bottom of the third when Bloodworth hit a sacrifice fly that scored Blampied. The game was called due to weather after the top of the fifth inning with Crisp County leading 3-0.

The Lady Cougars are now 2-0 on the season and will play again on Monday afternoon at home against Peach County at 5:30.