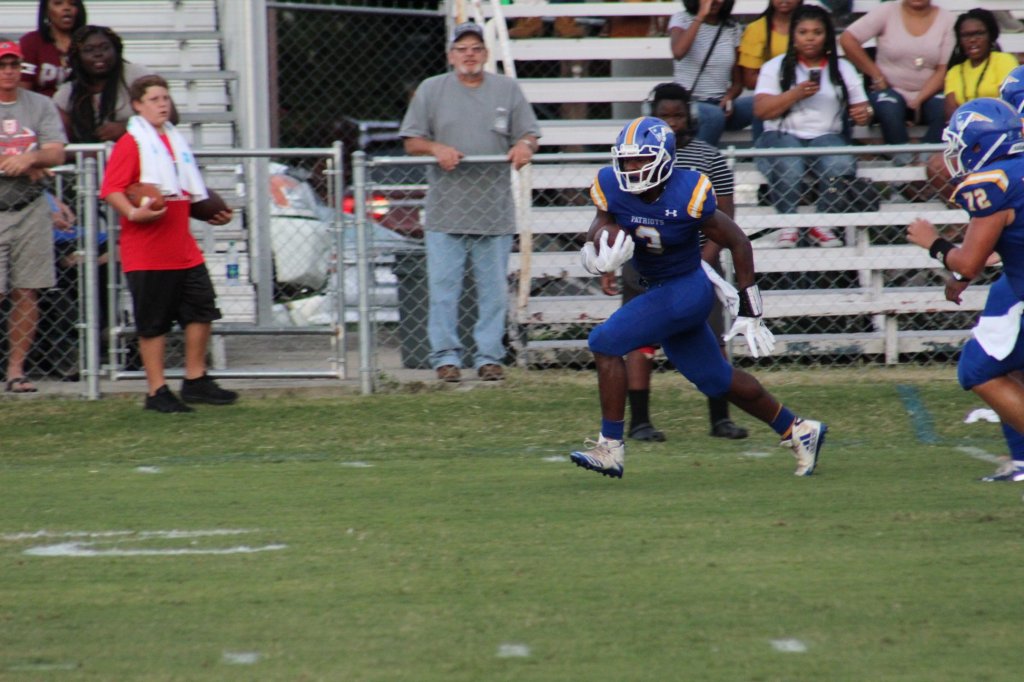 ROCHELLE- The Wilcox County High School football team finished up their preseason preparations for the 2018 football season with a big win over the Wheeler County Bulldogs on Friday night.

The Patriots opened the scoring just over two minutes into the game when quarterback Noah Hollingsworth threw to Branson Owens for an 11-yard touchdown. Manny Carrillo knocked the extra point through to put Wilcox in front 7-0 at the 9:58 mark in the first quarter.

The Patriots picked up their second score of the game just before the end of the first quarter when Hollingsworth hit Desmond Tisdol for what ended up being a 40-yard touchdown. Carrillo’s point after made it 14-0 in favor of Wilcox with 30 seconds left in the first quarter.

After another Wilcox defensive stop, the Patriots kept the scoring going with a four-yard touchdown from running back Justin Moore. Carrillo made the score 21-0 with the PAT at the 8:30 mark of the second quarter.

Wheeler County put their first points of the game on the board about four minutes later with a short touchdown run, but the Patriots answered and kept piling it on with two more touchdowns just before halftime.

Hollingsworth hit Tisdol for a 19-yard score at the three-minute mark for a 27-7 lead. Wilcox then made it five first half scores with a 27-yard touchdown pass from Hollingsworth to EJ Howard. The Patriots led 34-7 at halftime.

Wilcox County added four more touchdowns in the second half to put the game away. In the third quarter, Jacquarius Dixon scored on an eight-yard touchdown run at about the 9:30 mark, and Michael Archer later intercepted a pass which resulted in a defensive touchdown for a 46-7 Wilcox lead.

Wilcox County scored the last two touchdowns in the fourth quarter on a short touchdown run, and an interception return by Nate Harrell for a 58-7 final score.

The Patriots put up 387 total yards of offense in the game, and their defense held Wheeler County to just 120 total yards.

Hollingsworth completed nine out of his 14 passes for 201 yards and four touchdowns, and also ran for 62 yards on five rushes. Dixon, Moore, Tisdol, Kemorrian Larkin, Trevor Collier and Johnathan Matthews all also contributed in the running game. Christian Freeman was a big factor in the passing attack as he finished the game with 66 yards on two catches.

The Patriots open the regular season this Friday (August 24) on the road against the Wilkinson County Warriors. Wilcox plays their first home game of the season on the following Friday against Hawkinsville. 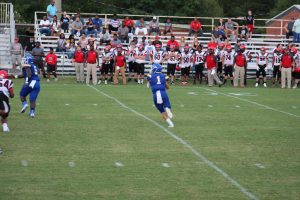 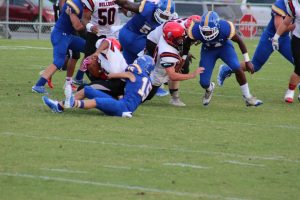 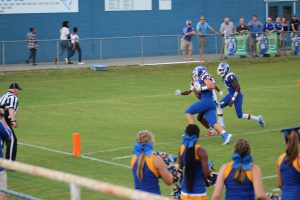 Branson Owens (10) fights off a Wheeler County defender to find the end zone for a Patriot touchdown.