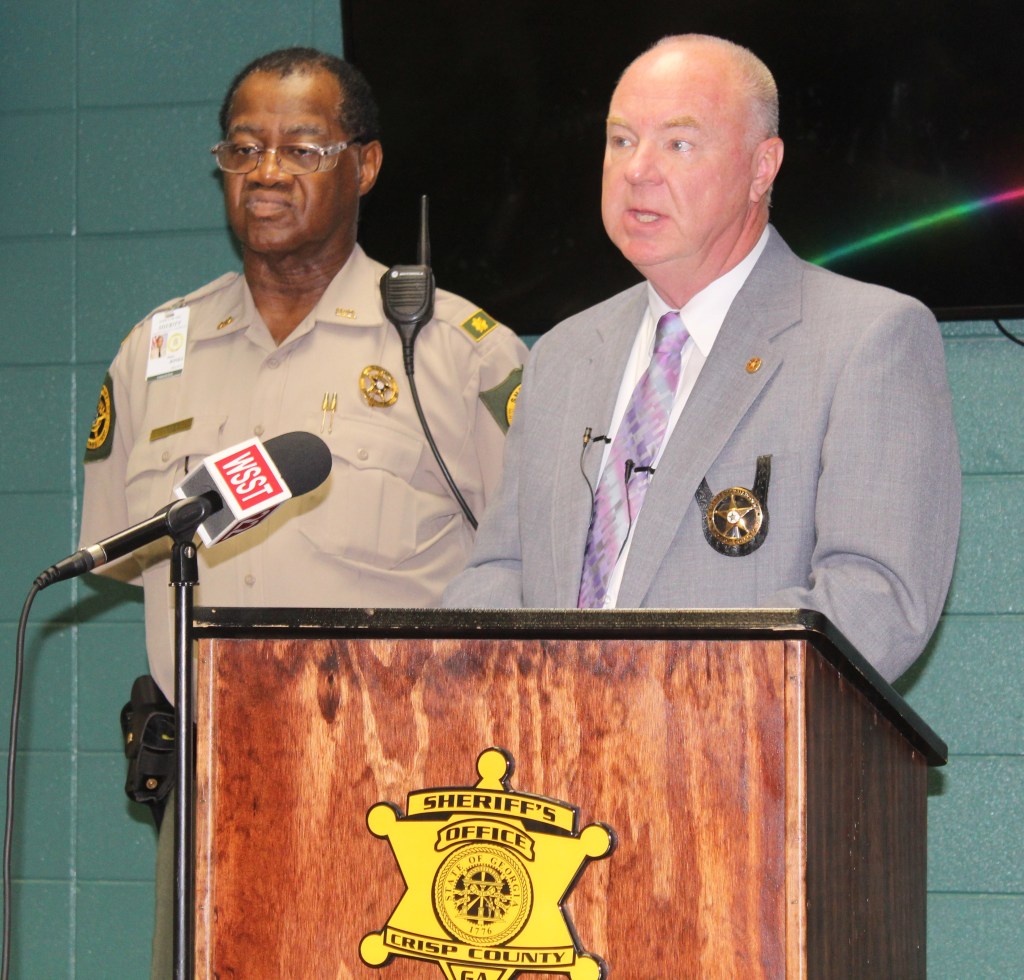 Two deputies with the Crisp County Sheriff’s Office are now home after Mexican officials arrested the couple late last week when they attempted to enter the country with their service handguns, said Sheriff Billy Hancock.

CCSO deputies Martelle and Shawana Davis, a married couple, were arrested by Mexican Federal Police at an airport in Cancun, Mexico after arriving on a commercial flight from Miami last Thursday. The two allegedly had packed their service weapons and ammunition in their luggage.

Mexico law prohibits foreign visitors from entering the country with firearms under most circumstances, even if they are certified peace officers in their country of origin. Hancock said he did not know why they carried their weapons, but that it was not with his permission.

“I can’t tell you exactly why they took their weapons, [but] given recent events in Cancun they were worried [about safety]. They felt they were deputies, and they felt they were trained to carry weapons, but they had just not factored in the fact that they were crossing into another country with different laws.”

When Hancock learned of the arrest, he said he immediately took action to get the officers released and returned to the United States. He praised officials at all levels of government, from the local district attorney to both of Georgia’s U.S. Senators.

“Over the next 40 hours a lot of people worked really hard, and that hard work came [to fruition] when we learned around 7:30 Saturday night that the two had been given their passports back and would be allowed to return to the United States,” Hancock said.

“I’m proud to be a U.S. citizen and I’m honored that so many of our congressmen and senators took my phone calls to help two of our citizens here in Crisp County. A tremendous amount of people came together to get these people back home,” he added.

The future of the Davises – both as employees of the Crisp County Sheriff’s Office and as defendents in a Mexican criminal case – is currently unclear. Hancock said he has reported the incident to the Peace Officers Standards and Training Council (POST), which will investigate any possible wrongdoing by the Davises.

“We’re concerned as an agency and we’re concerned as a family,” Hancock said. “You’re always concerned when you learn a member of your family has been arrested. It sounds horrible when you have people who are sworn to uphold the law that are arrested and taken into custody.

“Even though it’s another country that has arrested them, they have violated that country’s laws and we’re going to take that seriously. We’re going to look at that as an agency. We will have an internal investigation and we’ll determine what disciplinary action, if any, should be taken,” Hancock said.