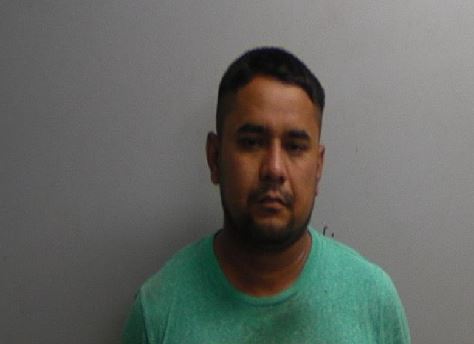 Deputies with the Crisp County Sheriff’s Office arrested Antonio Vega, a 32-year-old resident of Cordele, late Tuesday afternoon after he led them on a foot chase through a cotton field in eastern Crisp County.

Authorities say Vega was wanted on charges of rape, cruelty to children in the second degree, aggravated assault, false imprisonment, pointing a weapon at another, and possession of a firearm during the commission of a felony. Those charges stemmed from an incident that occurred in Crisp County on Monday, September 3. Once Vega was apprehended, a charge of obstruction of a law enforcement officer was added due to his attempt to flee from deputies.

When investigators attempted to place Vega under arrest on Tuesday on Sandy Mount Road, Vega reportedly ran into an adjacent cotton field and laid flat on the ground. Law enforcement personnel established a perimeter around the cotton field and called in the CCSO K-9 Tracking Team, which quickly apprehended Vega.

This is a developing story. Check back for more details as they become available.