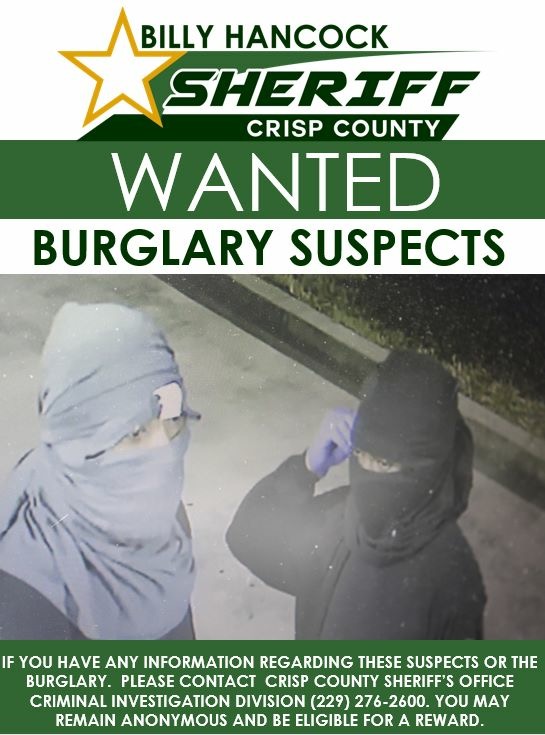 Authorities with the Crisp County Sheriff's Office are searching for two suspects wanted in connection with the burglary of Farmers Food Liquor Store.

According to a press release, Crisp County Sheriff’s Office deputies were dispatched to Farmers Food Liquor Store at approximately 3 a.m. on Thursday, September 13, 2018 in reference to an alarm.  The two subjects below were observed on the store’s surveillance video. The suspects stole cash, cigarettes, cigars, and liquor.

If you recognize the subjects in these pictures or have any information regarding the burglary please contact the Criminal Investigation Division of the Crisp County Sheriff’s Office at 229-276-2600. YOU MAY REMAIN ANONYMOUS AND BE ELIGIBLE FOR A REWARD.