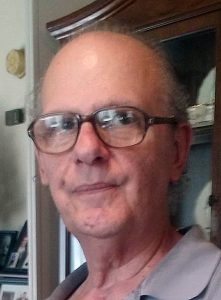 CORDELE — Graveside funeral services for Ronald “Ronnie” E. Culpepper will be held at 10 a.m., Tuesday, September 18, 2018 at Sunnyside Cemetery. Rev. Jimmy Black officiated. Ronnie passed away at his residence Saturday, September 15, 2018. He was retired from the Cordele Police Department and was a member of the Church of God.

Ronnie was a native of Bethlehem, Penn. He was the son of the late William Donald Culpepper. He was an active little boy growing up. Like all boys his age, he enjoyed swimming, riding his bike, run through the park and walk with his dad. He was the type of youngster that you could never keep indoors.

But, around the age of six, Ronnie contracted bulbar polio. The hospital personnel said it was one of the worst cases they had seen at that time. Two days later a priest was called in and told the family, “Your son is in the hands of God.” As Ronnie approach the most critical crisis his distraught and anxiety filled parents prayed in the waiting room. Their eyes then fell upon a Bible in the room, read a passage aloud, which seemed a stirring culmination of their days of prayers. With their confidence and faith renewed, Ronnie’s father told his mother, “We can go home now, Rose. Ronnie’s going to be all right”

Ronnie was alright. Days passed and Ronnie began to form words again. There were still obstacles of the disease to fight.  He had to be fed intravenously and later by a nasal tube. He also had to have a tracheotomy and be placed in a respirator. He was able to come out of the respirator in a couple of weeks first at hours at a time and later days and weeks. Thanks to the March of Dimes, they helped saved his life and assisted with expenses.

As Ronnie continued his fight and doing physical therapy. He remained determined to be independent. Ronnie was a smart young man, completed school and later attended college. But, due to the fact that there were no disabilities act in place, he was not able to finish due to his physical limitations preventing his access to the classrooms.

He is survived by his mother: Rose Marie U. Merlo, his sister: Donna C. Renner, his nephew: Shaun Renner all of Bethlehem, Penn. and a great niece; his daughters and their husbands: Deborah (Gary) Watson of Cordele, Teresa (Matt) Stanley of Vienna, and Vickie (Lamar) Vaughn of Hawkinsville; his son: Buddy Parr of Cordele; six grandchildren; 13 great-grandchildren and several other nieces and nephews.

An online guestbook is available at www.hughesandwright.com. Hughes & Wright Funeral Home was entrusted with these arrangements.