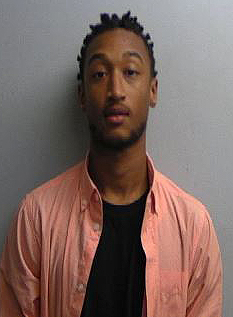 Dequarious Ming, a 21-year-old from Cordele, was arrested Tuesday on charges of entering auto. He had been released from the Crisp County Detention Center only 10 days prior on other charges.

21-year-old subject was released from jail 10 days prior

It took investigators with the Crisp County Sheriff’s Office only 24 hours to make arrests in the case of two vehicles that were broken into at a Cordele apartment complex.

Around 12:30 p.m. on Monday, CCSO deputies responded to a report of two vehicles being unlawfully entered at Overlook Pointe Apartments on Blackshear Road. Investigators identified two suspects, 21-year-old male Dequarious Ming and a 17-year-old male, both from Cordele.

On Tuesday, Ming was arrested with entering autos, and additional charges may be filed pending further investigation. Ming had been released from the Crisp County Detention Center on other charges only 10 days prior.

The 17-year-old was arrested on charges of entering autos and possession of marijuana, and more charges may be filed against him as well pending further investigation.

“It is always gratifying to see the hard work of members of this agency help the citizens of Crisp County,” said Sheriff Billy Hancock. “I know the time and effort that was put into this investigation to identify and apprehend the suspects so quickly. I am proud of each and every investigator for their hard work.”

Editor’s note: The Cordele Dispatch will not name criminal suspects under the age of 18 except in extraordinary circumstances.