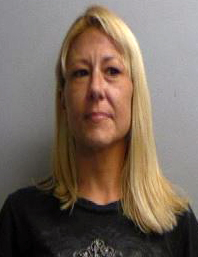 Billie Mohr, a 38-year-old from Wisconsin, was arrested for possession of cocaine and other drug material on Saturday, September 15 after deputies found what appeared to be cocaine and heroin along with syringes during a traffic stop on I-75.

On Saturday, September 15, 2018, around 10 p.m. deputies with the Crisp County Sheriff’s Office arrested Billie Mohr,a 38-year-old female from Elkhorn, Wis. Mohr is charged with possession of cocaine and illegal possession of a controlled substance.

Deputy First Class Loron Williams initiated a traffic stop on a grey Toyota Corolla for defective equipment on I-75 near mile marker 102. Due to the suspicious and nervous behaviors of the driver, the deputy requested to search the vehicle. The K-9 was deployed after occupants refused to consent to a vehicle search.

The K-9 gave an alert on the driver’s door. A search of the vehicle resulted in multiple bags of suspected cocaine, suspected heroin, and needles. Consequently, Mohr was placed under arrest and transported to the Crisp County Detention Center.