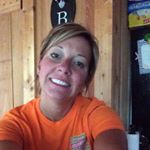 Misty Blanton entered a plea of "not guilty" Tuesday in the U.S. Federal Court (middle Georgia district) facility in Albany. She is facing five felony counts of wire fraud and four felony counts of making false entries in bank records.

A Cordele woman plead­ed not guilty Tuesday to five counts of wire fraud and four counts of making false entries in bank records.

Misty McKee, better known as Misty Blanton, was indicted earlier this month in U.S. Fed­eral Court. The indictment alleges that Blanton, “Begin­ning in or about March 2010 and continuing until in or about April 2014… devised a scheme to defraud and obtain money by false and fraudulent pretenses.

The owner of the Ameris mon­ey market account is listed only as “D.H.,” but other identifying state­ments in the indictment indicate the owner was the late Donnie Haral­son, who served as sheriff of Crisp County for nearly 27 years before his death in March 2014.

The indictment further alleges Blanton made “false entries in the books, reports, and statements of Ameris Bank, for the purpose of cre­ating a false record of payments she had made to [Haralson] on a mort­gage loan he had made to her…”

After Blanton entered her plea of not guilty, she was released on an unsecured bond of $15,000. A trial date had not been set as of press time.