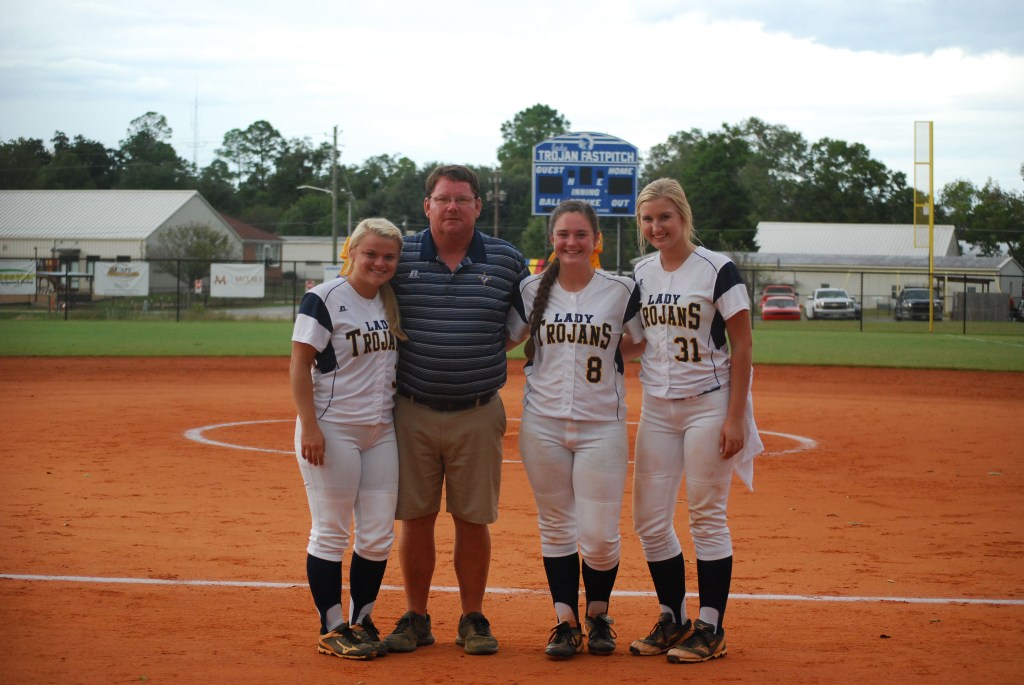 PINEHURST- The Fullington Academy softball team won the GICAA region 2 title on Tuesday with an 11-1 win over Citizens Christian Academy in Douglas. The Lady Trojans were defeated by CCA earlier this month, so going in the contest was a must win in order for Fullington to clinch the title. Fullington also defeated Tiftarea Academy 5-1 for Senior Night Thursday evening to close out the week’s schedule.

Fullington opened the scoring in the game with a run in the top of the first inning and never looked back in Tuesday’s win over CCA.

Sarah Kate Wall hit a one-out single, and courtesy runner Camille Tyndal came in to run for her and scored shortly after on a single from Parker Wall. The Lady Trojans had a 1-0 advantage after the first inning and tacked on five more runs in the top of the third.

Maggie Rogers drew a walk to start out the third frame and Marley Jones picked up a single in the subsequent at bat. An error by the CCA defense allowed Rogers to score the second Fullington run of the contest, and Sarah Kate Wall picked up an RBI single shortly after for a 3-0 lead. Ella McGalliard followed up with a hit and Carlee Roberts knocked the next two runs in with an RBI single to center field. Roberts scored on a sacrifice bunt attempt from Maddy McLeod for the final run of the inning and a 6-0 Lady Trojan lead at the end of three innings played.

Maggie Rogers scored a run after a couple of defensive miscues from CCA in the top of the fourth inning for a 7-0 lead. CCA scored their only run of the game in the bottom half of the fourth for a 7-1 score line in favor of Fullington entering the fifth inning.

The Lady Trojans then scored four runs in the top of the fifth inning to take an 11-1 lead, and finished the contest with a run-rule win after five innings.

McLeod reached on an error with one-out in the top half of the fifth to get the run scoring opportunities started in the inning, and Lauren Rucker followed with a double to put Fullington runners at second and third. Mackenzie Rogers came up next with an RBI hit for the first run of the inning, and a double by Jones scored the next two runs for a 10-1 lead. Jones later scored on an error to bring the score line out to 11-1 in favor of the Lady Trojans.

Sarah Kate Wall, Jones and McGalliard all had two hits apiece in the game, while Roberts and Jones led the batting order in RBIs with two each.

Sarah Kate Wall added on another win to her record in the circle with five innings pitched in which she allowed just one run on four hits.

The win means the Lady Trojans are region champions for the second year in a row, and all of their playoff games will take place in Pinehurst once again as they hope to defend their state title from last season.

Fullington played their senior night game against Tiftarea Academy on Thursday afternoon. The Lady Trojans celebrated the hard work of seniors Sarah Kate Wall, Emma Sanders and Mackenzie Rogers on their way to a 5-1 victory over the Lady Panthers of TA.

Tiftarea opened the scoring in the top of the first inning, but Fullington promptly equalized in the bottom half of the frame. A two-out double from McGalliard was quickly followed up with an RBI single from Parker Wall for the first Trojan run of the game. The teams entered inning number two tied at one run apiece.

Sarah Kate Wall pitched scoreless tops of the second and third innings, and the Lady Trojans then took the lead in the bottom of the third.

Maggie Rogers led off with a single and Marley Jones came up to bat next and put down a bunt, which led to an error by Tiftarea that left Trojan runners at second and third. Sarah Kate Wall followed with an RBI groundout for a 2-1 Fullington lead, and McGalliard hit an RBI single later in the inning to make the score 3-1 after three innings played.

The final two runs of the game came on an RBI double by Roberts in the bottom of the fifth inning that scored Tyndal and Parker Wall for the 5-1 score line. McGalliard came in to pitch the final two innings for Fullington and closed the door on the Lady Panthers.

Sarah Kate Wall was the winning pitcher in the contest after going five innings allowing just one unearned run on four hits and striking out two. McGalliard pitched two perfect frames after coming on in relief and struck out three batters. She also finished as the offensive leader for Fullington with three hits, one run and one RBI.

The Lady Trojans are now 16-5 on the season. They have one more regular season game to play on the road at Piedmont Academy on Tuesday afternoon at 4:30 p.m.

As things stand currently, the Lady Trojans are set to host four seed Griffin Christian in the first round of the playoffs on Saturday, October 6 with times still to be announced.

All photos were submitted by Fullington Academy. 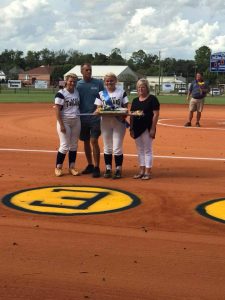 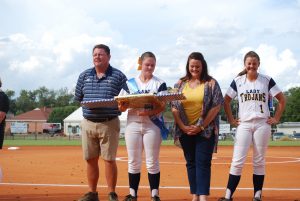 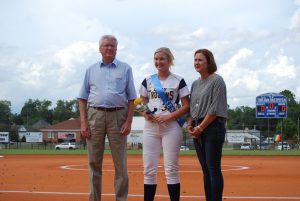