Crisp County softball team advances to second round of state 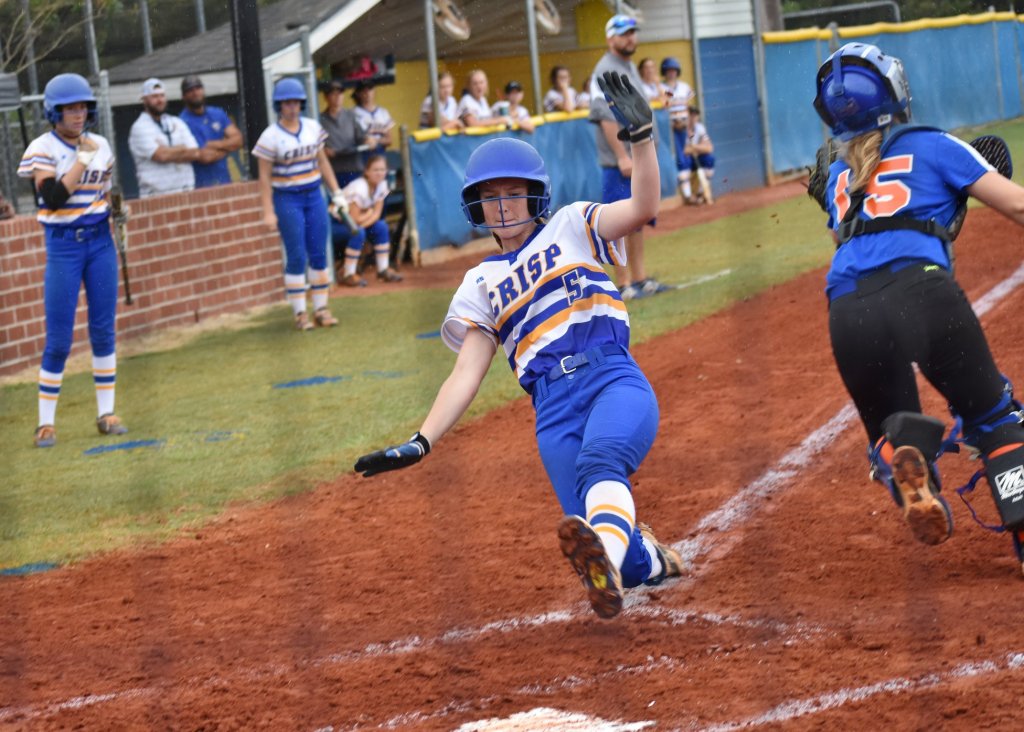 Crisp County centerfielder, Macy West, slides into home plate ahead of the throw to score a run during Tuesday's playoff series against Central Macon. (Photo by Paula Paquette/Crisp County Schools)

CORDELE- The Crisp County softball Lady Cougars swept Central Macon on Tuesday night in the first round of the GHSA AAA state playoffs with wins of 13-0 and 17-2.

Game one featured a scoreless first inning, but the Lady Cougars scored four runs in the bottom of the second for the lead.

Macy West and Peyton Bozeman each reached base on consecutive Central errors to start out the second inning. Ainslee Forsythe followed with a sacrifice fly to score West for the first run of the game, and Shelbi Cobb hit an RBI single in the next at bat to score Bozeman. Megan Bloodworth followed up with a single to left and Kirin Webb loaded the bases with a bunt hit. Jo Brady subsequently knocked in Cobb and Bloodworth with a groundball that deflected off of third base and went into the outfield resulting in a two-RBI double and a 4-0 Lady Cougar lead entering the third inning.

Crisp County then added seven runs to the lead in the bottom of the third.

West led off with a single, Forsythe drew a one-out walk, and Cobb followed with a walk to load up the bases in the third frame. A fly ball to left off the bat of Bloodworth ended up falling after a Central outfielder was unable to make the catch, allowing two runs to score. Webb came up to bat next and reached base after being hit by a pitch, once again loading up the bases for Crisp. Riley Blampied then cleared the bases with a three-run double into the left field gap to make the score 9-0. Brady next hit a groundball into the left field corner that the Central defense was unable to corral. Blampied scored easily on the play and Brady rounded the bases all the way home for an 11-0 score line entering the fourth inning.

The Lady Cougars scored the final two runs of the game in the bottom of the fourth on a Blampied two-run home run. The home run created a big enough deficit for a run-rule four-inning victory for Crisp by the final score of 13-0.

Rilee Duckworth took the game one win in the circle for the Lady Cougars with four hitless innings pitched, three walks and seven strikeouts.

Crisp County took an early 2-0 lead in the top of the first inning in the second game of the series. Bloodworth and Webb drew consecutive walks to lead off the inning. Bloodworth later scored on a sacrifice fly from Brady and West hit an RBI single right over third base to score Webb for the second run of the inning.

Crisp added four runs to the lead in the top of the second inning. Forsythe led off with a hit to left field and made her way over to third on an error before scoring on an RBI hit from Cobb. Webb and Blampied reached base later on in the inning and both scored on an RBI single from Brady, who later scored the final run of the inning on an Olivia Taylor RBI double. The Lady Cougars entered the bottom of the second with a 6-0 lead.

Central scored their only two runs of the game in the bottom half of the second frame to cut the Crisp lead to 6-2, but the Lady Cougars responded with six runs in the third inning to widen their lead.

Bozeman reached on an error to start the six-run frame, Forsythe then drew a walk and Cobb followed with an infield hit to load the bases with no outs. Bloodworth sent the first run in with a sacrifice fly, and Webb hit a two-run single for the next runs. Brady came up with a two-run double later in the inning that scored Webb and Blampied, and Bozeman sent in the final run of the sequence with an RBI groundout for a 12-2 Crisp County lead going into the bottom half of the third.

A five run top of the fourth put the finishing touches on another run-rule shortened win for Crisp.

The biggest hit of the fourth inning was a three-RBI triple off the bat of Brady. Crisp closed the game out in the bottom half of the fourth for the 17-2 win.

Peyton Adkins picked up the game two win in the circle for the Lady Cougars with four innings pitched, two runs allowed on five hits and three strikeouts.

Crisp will be hosting the winner of the first round series between Jenkins and Brantley County next week in the second round of the playoffs for a chance at making it into the final tournament portion of the bracket to be contested between the last eight AAA teams in Columbus later this month. 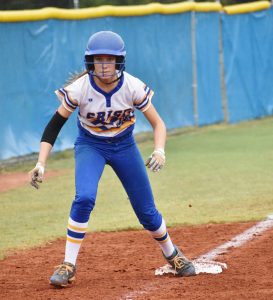