Cougars face Pike County in first round of state playoffs 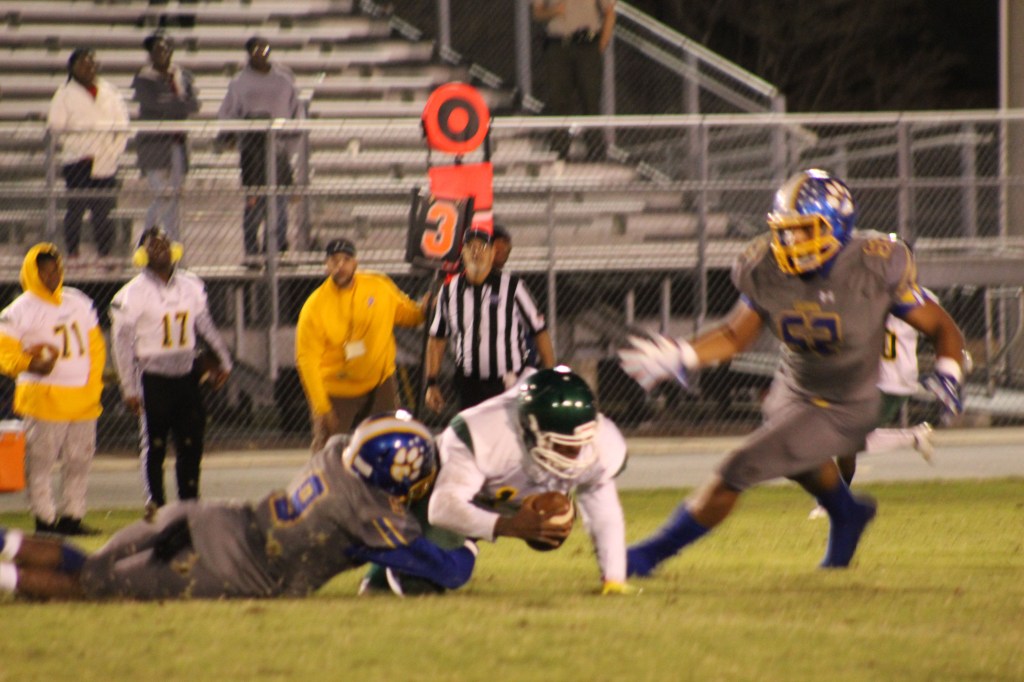 CORDELE— The Crisp County Cougars took the region 1-AAA crown on Friday night with a 38-8 win over Monroe, and Crisp will now be hosting the team that knocked them out of last year’s class AAA playoffs.

The four seed out of region 4-AAA, Pike County, comes to Cordele for a first round playoff game on Friday night.

The Pike County Pirates (7-3) will be making a visit to Cordele for a playoff game for the second consecutive season. Last year the Cougars and Pirates matched up in the second round of state and Pike County used a late touchdown to steal a win from Crisp by the final score of 26-25.

While both teams will be missing a good portion of the players from last season’s matchup due to graduation or various other reasons, many of the current players on the squads will no doubt remember the previous clash.

Pike will come into the game having lost two of their last three games after a 6-1 start to the season. According to Maxpreps, the Pirates have 273 points scored so far this season for an average of over 27 per game.

The Cougars, however, will enter the game with six wins in a row following a 1-3 start to the season.

The Cougar defense should be in for a tough test, but they have proven to be one of the biggest strengths for the team this season. The Crisp defense has averaged giving up less than 10 points per game during the team’s current six game winning streak and they have forced almost 15 turnovers in that stretch of games. The winning streak includes two shutout road wins and only one game in which the opponent (Thomasville) put up double-digit points on the Crisp defense.

Tubby Spivey and Sirad Bryant have been a big part of that large number of turnovers forced as the two are tied for the team lead in interceptions this season with four each to this point. The defense has also gotten in on the scoring during the win streak with three total touchdowns, one on an interception return touchdown by Spivey and the other two on fumble recoveries for touchdowns by Bryant and Ahdarrious Gee.

The Crisp County passing game is starting to click at the right time as well, and that will hopefully continue for the Cougars in Friday’s game.

The Crisp rushing attack that has been strong for most of the season put up a solid 116 yards between Marquise Palmer, AJ Lofton, Spivey and Jack Carter in the game against Monroe this past Friday night, but it was the Cougar passing game that really got going and helped them pull away with the win over Monroe.

Lofton completed four passes on the night, all for Crisp County touchdowns to four different receivers (Spivey, Gaige Little, Fredrick Royal, and Eddie Reese) for a total of 173 yards. Carter completed three out of nine passes for 50 yards to give the Cougars a season high 223 yards passing against Monroe.

A Cougar win over Pike would mean that Crisp County will advance to the second round of state for the third consecutive season. Kickoff in ‘The Cougar Den’ is set for 7:30 on Friday night.