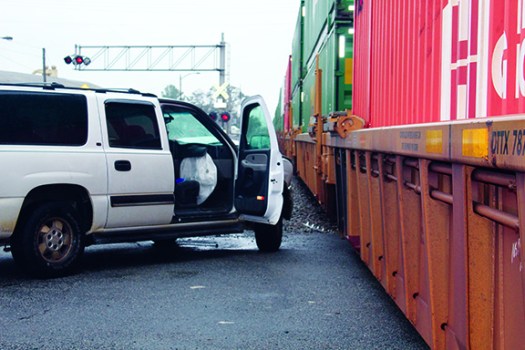 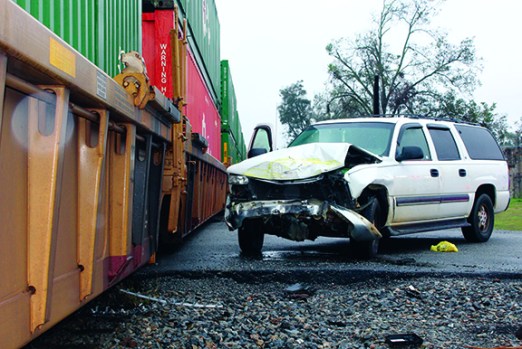 CORDELE — A local woman driving a white SUV carrying three toddlers struck a train at the track’s intersection with 19th Avenue near 7th Street. The children were unharmed, and the driver suffered very minor injuries.

The incident occurred at approximately 8:45 Wednesday morning. The SUV appeared to be traveling north on 7th Street and and then turned right onto 19th Avenue, where a train was traveling north on tracks that are less than 50 feet from 7th Street. The airbags on the SUV deployed during the collision. No further details about the incident are known at this time.

The Dispatch originally reported that this is the second time a car has struck a train in that vicinity in less than a week. Last Friday’s two-car wreck that occurred where the rail tracks cross 7th Avenue did not in fact involve a collision with a train. A train was approaching that incident but was able to stop before reaching the location of the wreck.

This is a developing story. Check cordeledispatch.com for more news on this incident or read the full story in Saturday’s print edition of the Dispatch.