Mount Zion eliminates Dooly County in second round of state 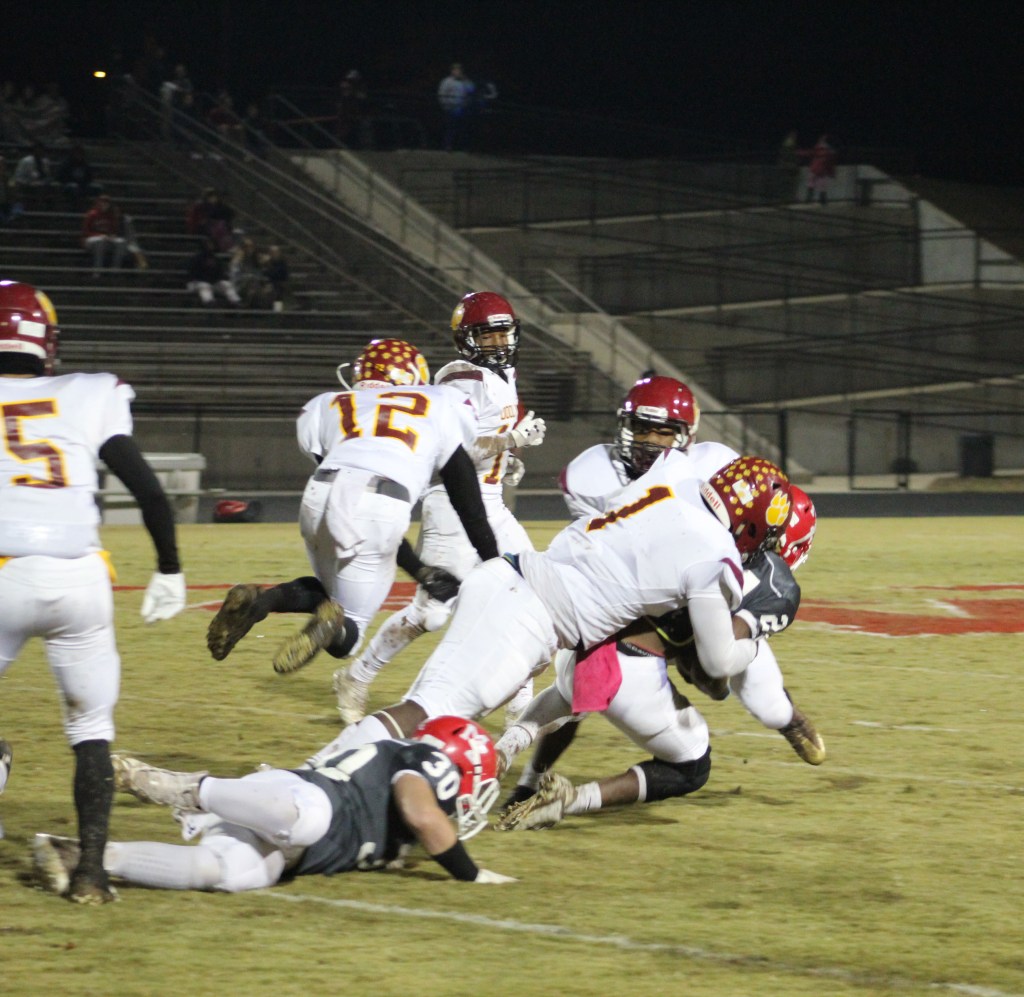 CARROLLTON- The Dooly County Bobcats had their 2018 football season come to an end on Friday in the second round of the GHSA class A playoffs.

Bobcat seniors Bo Lawson and Reggie Smith made a few short runs for most of the Bobcat offense in the first period. On defense, Emaje Son, Zepha Hill and Ra’quavious Billings made tackles for loss to help slow down the Moutn Zion offense.

Lawson ran up the middle for 15-yards on the final play of the first quarter to get the Bobcat offense rolling, and he then threw a pass to Son for another quick first down. Smith had a couple of carries totaling 10 yards to get the Bobcats down inside the Eagle 40-yard line but the drive was eventually cut short by a Mount Zion fumble recovery.

On the ensuing Mount Zion drive, Jeff Felton made a tackle at the line of scrimmage and two plays later the Eagles fumbled the ball and Billings came up with the recovery to give Dooly possession with 4:20 to go in the first half.

From there the two teams swapped a few more punts before going into the half time break tied at 0-0.

The third quarter started with more defensive stops. Dooly held Mount Zion to a quick punt, but the Eagles got an interception on the first play of the subsequent drive to regain possession deep in their own territory.

The Bobcat defense held the Eagles to another punt and Dooly’s offense took over at midfield.

Lawson ran for a couple of nine-yard gains and later threw a pass to Shamon Zanders for a 17-yard pickup. Hill ran the ball on the next two plays for a total of 17 yards to get Dooly down to the Eagle seven-yard line. Lawson scrambled and stretched the ball out over the goal line for a Dooly touchdown a couple of plays later, but a holding penalty took the score off the board. Backed up to third and 17 Lawson completed a pass to Eric Ivory for a 13-yard gain to set up a manageable fourth down attempt. Mount Zion held on the fourth down attempt with a batted pass in the end zone and they took possession back with 2:52 to go in the third quarter.

The Bobcats were looking to force another Eagle punt on the following drive, but a deflected pass led to a big pass play that took Mount Zion down to the Dooly 17-yard line as time expired in the third period.

Three plays later, the Eagles scored a 14-yard touchdown for the first points of the night and a 7-0 lead.

After forcing another Dooly punt, the Eagles added to their lead on a 38-yard touchdown pass making the score 14-0 with 4:33 to go in the game.

The final points of the night came on one final Eagle touchdown with 51 seconds to go, leaving Mount Zion with a 21-0 win.

The second round playoff loss means the Bobcats finished the season with a 7-5 overall record. 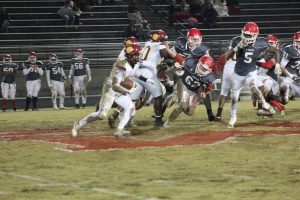 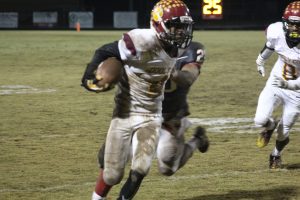 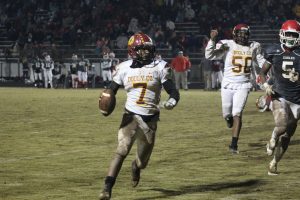 Dooly County’s Bo Lawson looks for a receiver as he scrambles away from a Mount Zion defender during Friday night’s second round playoff game in Carrollton.