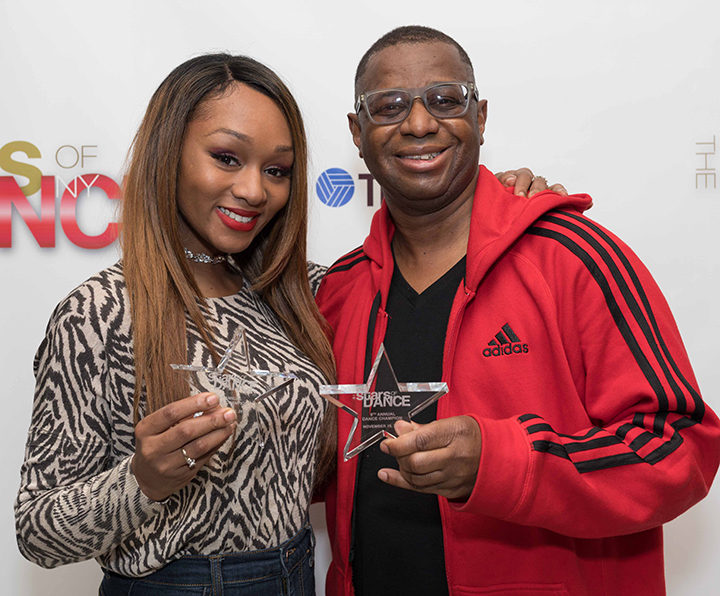 A Cordele native took top honors in the Ninth Annual Stars of New York dance contest recently, beating out five other notable New Yorkers in a charity event broadcast on NY1 TV from the Kumble Theater for the Performing Arts in Brooklyn.

Reggie Nance, a 1985 honor graduate of Crisp County High School and a Brown University alumnus, represented the New York office of AARP, where he serves as the associate state director for multicultural outreach. Nance, who has lived in the New York metro area for the past 29 years, is the son of David Nance of Cordele and Betty and Alonzo Daniels of Lilly. He is also the grandson of the late A.J. and Mary Lou Nance of Cordele and Buford and Emma Jean Jones of Arabi.

“I had a ball for a great cause,” said Reggie Nance, AARP New York’s Associate State Director, Multicultural Engagement, and the 9th Annual Dance Champion. “My dance partner SynChana Madonna and choreographer Jeannie Mitchell of Pure Onyx Movement were the best. They brought out in me dance moves I didn’t know that I had; leaps, lifts and turns.  It was an awesome experience, and am glad that by dancing, I’m helping more children gain access to the arts.”

The Stars of New York Dance is a charitable, thrilling and judged dance competition for New York City leaders—similar to Dancing with the Stars—that raises dance education funds for children to help them develop discipline, confidence and self-esteem to succeed in school and in life. Leaders in the community are partnered with trained dancers from local dance companies to compete for $5,000 to provide free dance training to children in need.

Since its inception in 2010, The Stars of New York Dance has provided more than 8,500 days of free dance education and training to New York City children and has engaged more than 120 leaders to dance.