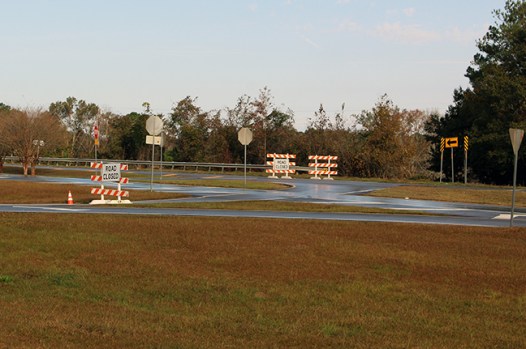 The interchange on U.S. Highway 41 just north of Crisp Regional Hospital was closed to northbound traffic as of 9 a.m. Monday. 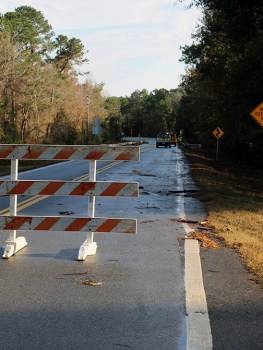 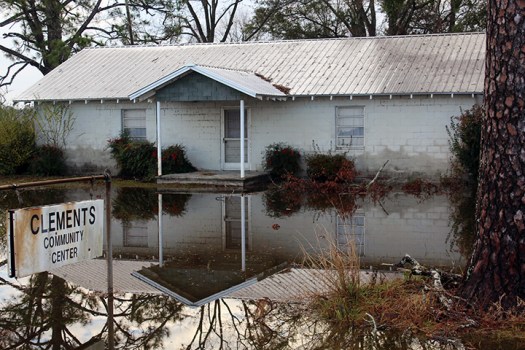 The clubhouse at Clements Washhole is surrounded by water.

Waters have begun to subside Monday after nearly six inches of rain fell over the weekend in Crisp County, causing flash flooding throughout most of the county.

First responders rescued some 35 people from rising floodwaters at their homes by boat, but there were no fatalities or serious injuries reported, according to a spokesperson from the Crisp County Sheriff’s Office.

Some state roadways remain closed while Georgia Department of Transportation officials wait for standing water to recede so they can inspect roads and bridges to ensure they are safe for traffic.

According to GDOT, current road closures include:

According to the Crisp County Sheriff’s Office, Ferry Landing Road behind the state park is closed due to rushing waters eroding support for the asphalt roadway as it crosses over nearby culverts.

GDOT officials and Crisp Sheriff Billy Hancock are urging motorists not to drive around barricades.

Damage caused by the flash flooding is not limited to roadways. Floodwaters seeped inside many homes and businesses over the weekend.

One homeowner who lives in the Cedar Lake Estates subdivision said many of his neighbors experienced interior flooding and brief power outages.

“We waded out in hip-deep water about 10:30 Sunday morning to get to safe ground,” said Rod Coleman. “We were about two inches shy of water entering the house, but we were lucky. One neighbor had water up to their shins inside their house.”

This is a developing story. Check back for more updates or read the full story in Wednesday’s print issue of the Dispatch.