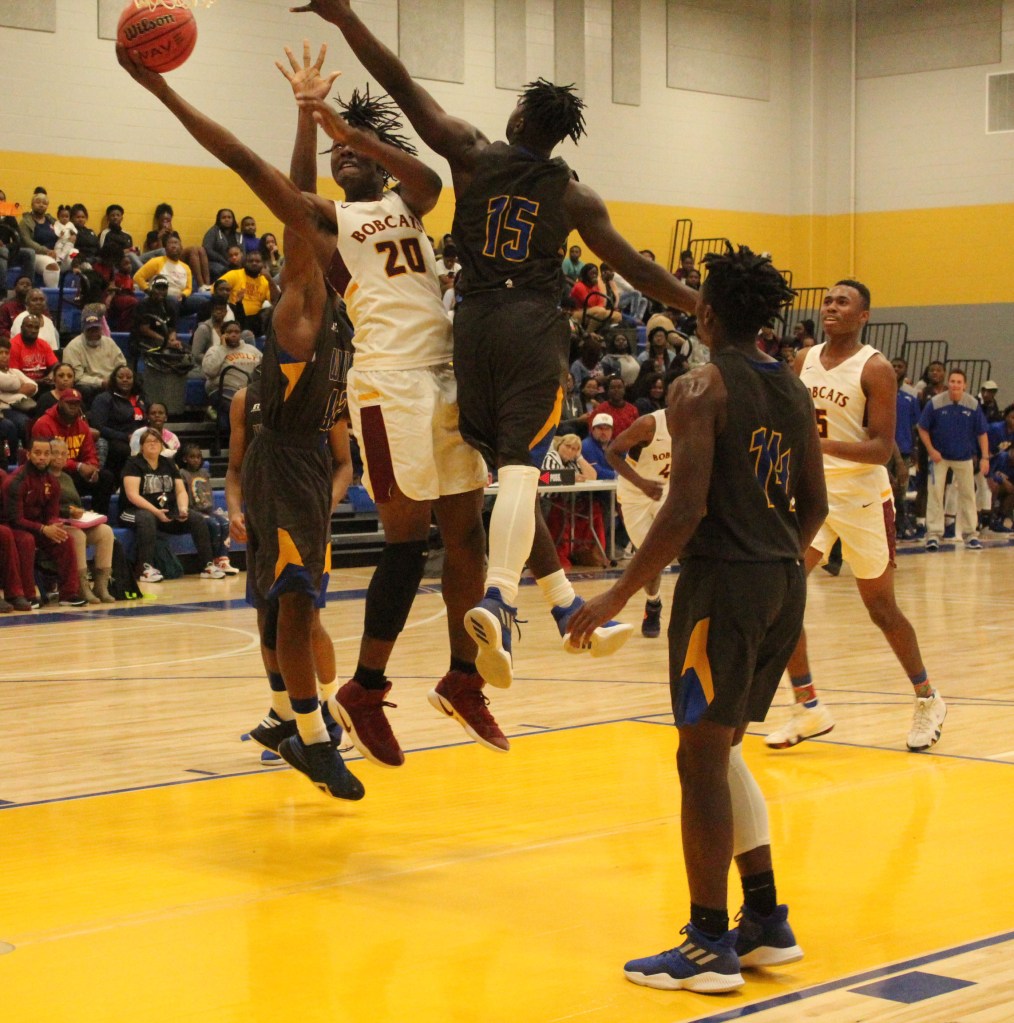 ROCHELLE— The Wilcox County High School basketball teams hosted Dooly County in Saturday night’s Tip-off Tournament action in Rochelle. Wilcox took wins in both of the games, 37-32 in the girls’ contest and 76-53 in the boys’ game.

Dooly took a quick 3-2 lead early in the first quarter after a Shamon Zanders three-point shot, but Wilcox countered with an 18-8 run to close out the period.

Jordan Brown led the Patriots in first quarter scoring with nine points, while Azavion Deans, Demetric Young and Desmond Tisdol each helped out the cause with scores. Rashad Lucas, Tre Davis and Jeff Felton all tacked on baskets for Dooly after the Zanders three. Wilcox led 20-11 at the end of the first period.

Wilcox added to the lead in the second quarter behind nine points from Young, a three-pointer by Brown, and two points each from Deans and Keyshawn Howard, who made a layup just before the halftime buzzer to send the Patriots into halftime with a 36-23 lead. Lucas led Dooly with six points in the second period, while Jeff Felton had four.

Wilcox continued to pull away in the third period by outscoring Dooly 20-14 behind six points from Tisdol and five from Deans. Zeff Felton, Lucas, Towandi King, and Jeff Felton each had a share of the Bobcat points in the third quarter. The Patriots were up 56-37 entering the fourth quarter.

Lucas and Zeff Felton then led Dooly on a 13-7 scoring run at the start of the fourth quarter that saw the Bobcats cut the Wilcox lead down to 63-50.

The Patriots subsequently finished the game off by outscoring Dooly 13-3 over the final few minutes led by scores from Young, Tisdol, Brown and Monterrius Edmond. Wilcox defeated Dooly by the final score of 76-53 on the night.

Young was the leading scorer on the night for Wilcox with 24 points. Tisdol finished with 16 points and Brown had 15. Deans was also in double-digit points with 12, while Howard finished with seven points and Edmonds rounded out the Patriot scoring with two points.

The leading scorer for Dooly on the night was Ta’kerria Lee with 11 total. Malaysia Manning finished with eight points for the Lady Bobcats. Other Dooly scorers were: Tierra Burden- four points, Miracle Fields- three, Jashuma Greene and Sha’Nyah Bolden- two points each, Kaleyia Smith and Jaleisha Wiggins- one point each.

Wilcox County stats from the girls’ game were unavailable.