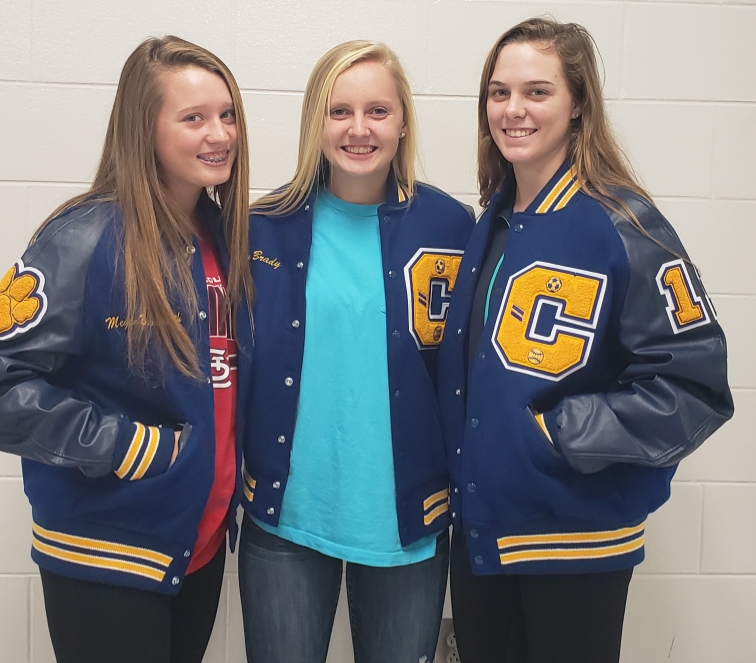 Pictured from left to right are Crisp County High School softball players Megan Bloodworth, Jo Brady and Riley Blampied. The three were recently selected to the GHSA class AAA All-State teams for their efforts this season.

Crisp County High School softball players Megan Bloodworth, Jo Brady, and Riley Blampied were recently selected for the GHSA class AAA all-state softball teams for their efforts in this past softball season. The three were key contributors during the CCHS softball region championship campaign this year.

Blampied was also selected for the 2019 Georgia Athletic Coaches Association North-South All-Star game to be played in June.

“We are extremely proud of all three of these young ladies,” said Crisp County softball Head Coach Ben Robbins. “Being selected for the All-State team is a huge honor and well deserved by each of them. They all have a tremendous work ethic and it shows both on the field and in the classroom.”