The inside of a canister rigged to hide contraband.

A sealed canister that is rigged to hold contraband. 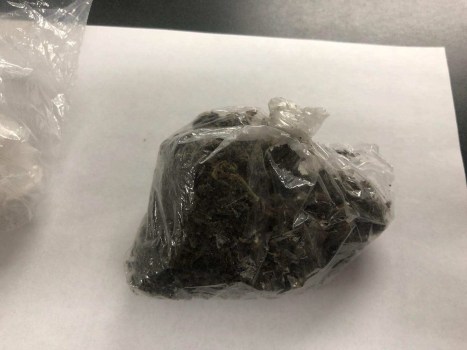 A tip regarding illegal drug transactions in the parking lot of Walmart on Thursday led to an arrest of two Cordele men on multiple drug charges.

At approximately 7:30 p.m., CPD Corporal Brandon Rivers and Patrolman Justin Lewis made a traffic stop with the vehicle involved, a black Audi passenger car, and determined through their investigation that the driver, Rashad Cobb (30 years old), and passenger, Sanchez Savage (28 years old), were in possession of marijuana, oxycodone, codeine and a large amount of cash. These items along with other drug paraphernalia found are indicative of drug sales.

Formal charges brought against Rashad Cobb and Sanchez Savage are as follows:

Lieutenant Roufs said, “Due to diligence by all officers involved, a multitude of drugs are taken off the street and the offenders now have to face some serious charges. We continue to ask for the public’s help in making our streets safer.”

Cordele Police encourage that if you see something that appears to be an illegal drug transaction, call 911.