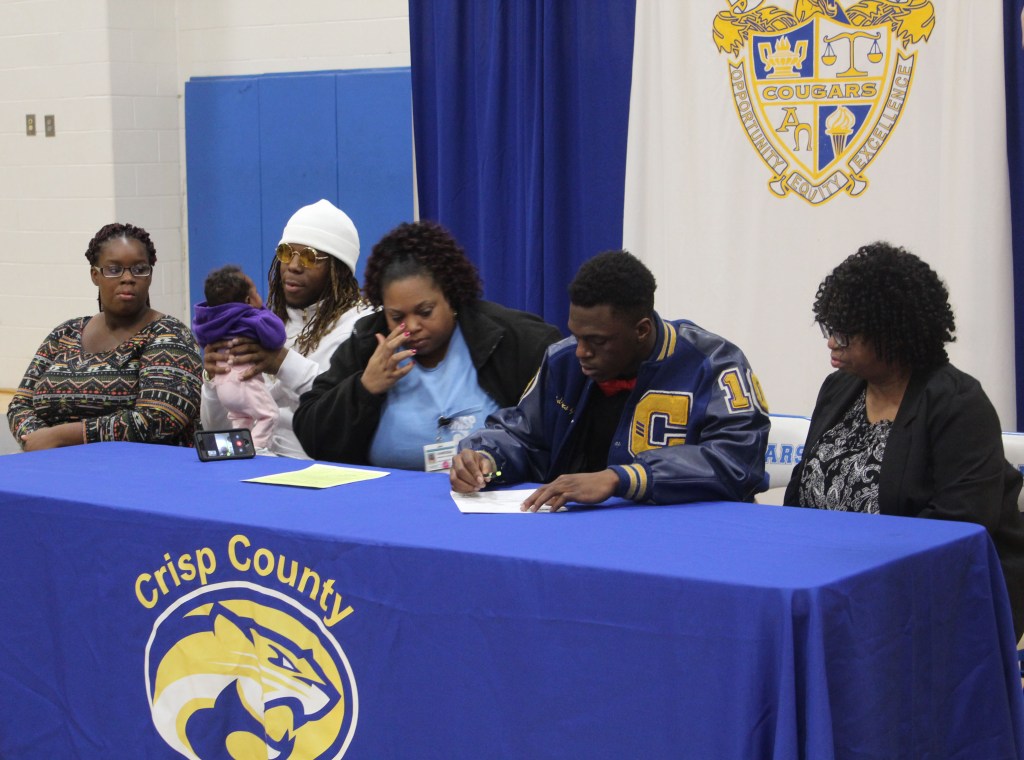 CCHS linebacker Ahdarrious Gee signs for Troy University as his family watches on.

Gee will be starting his college career in Troy, Alabama very soon since he was able to sign early having already completed his high school requirements.

“Some players get a distinct advantage when they are able to sign early and then go right to the institution where they are going to play college ball. All the counselors and the administration here have made it where Ahdarrious can graduate early and go ahead and sign today. Then very shortly he will be off to college,” Crisp County Head Football Coach Brad Harber told the crowd that was in attendance at the event.

The CCHS defensive standout was a crucial part of the Cougars’ three straight region titles during the past three football seasons. He finished the 2018 season, his senior year, with 83 total tackles, 2.5 sacks, one forced fumble and one fumble recovery returned for a touchdown. His career totals at Crisp County High School were 380 tackles (33 for a loss), 8.5 sacks, three forced fumbles, four fumble recoveries and the one defensive touchdown.

Gee spoke briefly to the crowd that was on hand for the signing, stating that he was very thankful for all the support from his family, coaches and teammates.

“Gee’s making history today because he’ll be the first one to ever do this (early signing day) for Crisp County High School. We thank him for everything that he has contributed to us,” Coach Harber added. 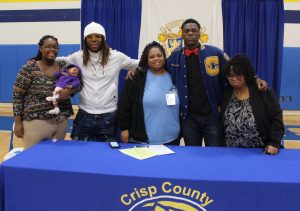