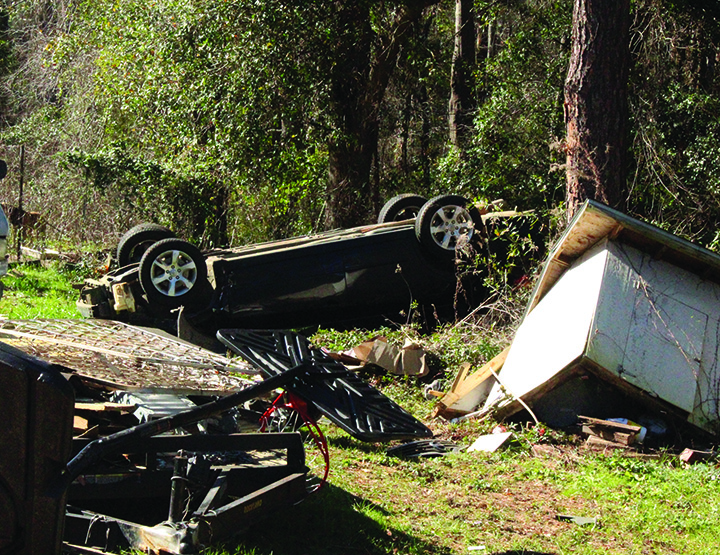 A driver flipped her car after leaving the roadway on Ga. Hwy. 257 South near the Dooly/Crisp county line on Monday at approximately 1 p.m. There were no serious injuries.

While heading southbound, the driver, who has not yet been named, ran off the west (righthand) shoulder and, after apparently correcting course temporarily, veered completely off the road and struck some debris. After striking the debris, the car apparently went airborne and then flipped completely over when it hit a tree, landing on its roof, according to an eyewitness.

Law enforcement personnel with the Georgia State Patrol at the Crisp County Sheriff’s Office were on the scene along with EMS. It is unknown at this time what caused the accident.