High-speed chase leads to one arrest, no injuries 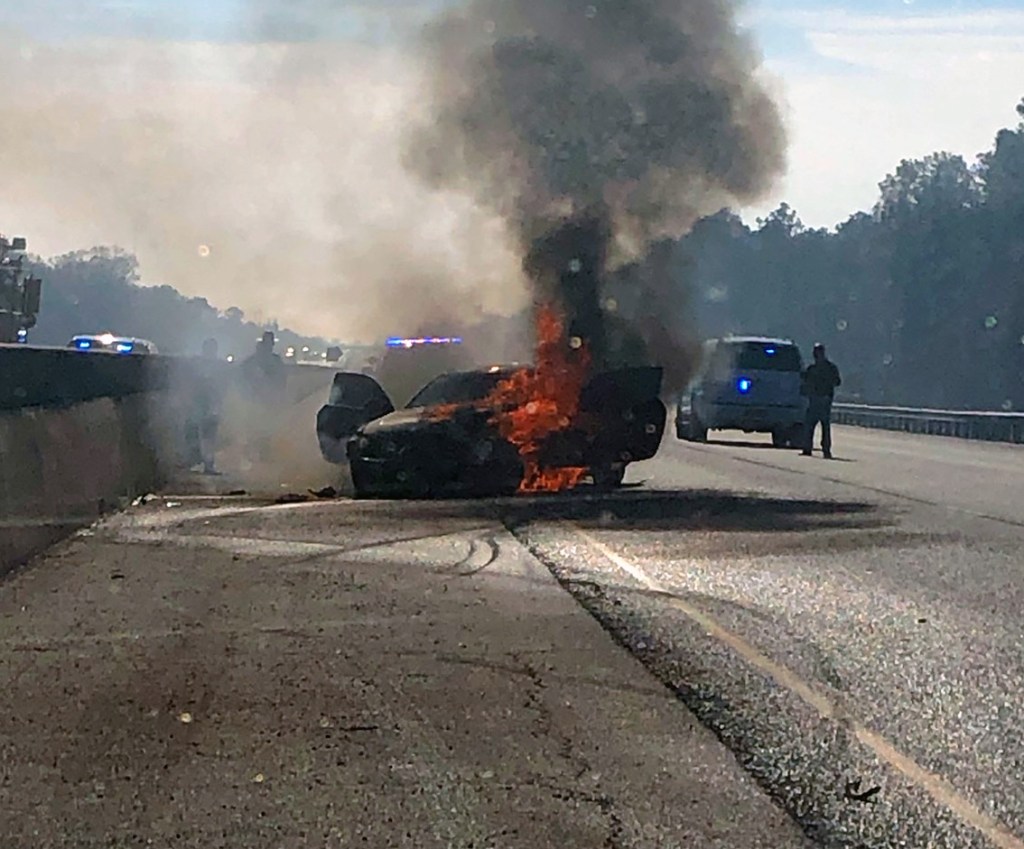 The car belonging to the suspect in a high-speed chase down I-75 Southbound burns after crashing near mile marker 87 in Turner County.

A man is under arrest after leading authorities on a high-speed chase through three counties on I-75.

The chase began in Dooly County, raced through Crisp County, and ended in Turner County after the subject wrecked his vehicle. Scanner traffic initially indicated Dooly County deputies may have been answering a call about a reckless driver southbound on I-75, but this has not yet been confirmed.

Crisp County deputies assisted in the pursuit. It is unclear at this time what charges the driver will face in Dooly County and other jurisdictions. No one was injured in the incident.

According to information provided by the Georgia Department of Transportation, the scene is cleared but drivers should use caution while passing through the area.

This is a breaking news story based on preliminary information. As reports come in from Dooly County and Turner County authorities we will update our story, or you can read all about it in Saturday’s print edition of the Dispatch.