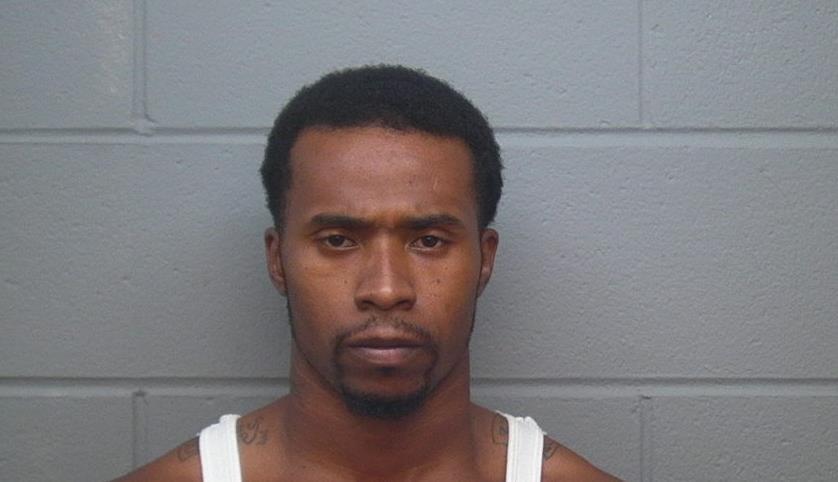 The Supreme Court of Georgia has upheld the murder conviction and life prison sentence given to a man identified as the statewide leader in Georgia of the “Rollin’ 20s” street gang, a division of the “Bloods,” which is a criminal gang founded in Los Angeles.

Rocquel Quinton Chavers was convicted in Crisp County of malice murder, violation of the Georgia Street Gang Terrorism and Prevention Act, and gun possession charges for the 2014 shooting death of Jasperin Armstrong.

In his appeal to the Georgia Supreme Court, Chavers argued that the evidence was insufficient to convict him of violating the Street Gang Act, that the trial court erred by allowing certain testimony, and that his trial attorney rendered “ineffective assistance of counsel” in violation of his constitutional rights.

But in today’s unanimous opinion, “We disagree and affirm” Chavers’s convictions, Justice Sarah H. Warren writes for a unanimous Court.

Cordele Circuit District Attorney Brad Rigby, who assisted in Chavers’ prosecution while serving as then-assistant district attorney, said in a press release that, “the Supreme Court of Georgia made the right decision. The unfortunate part of this appeal is that [the] Supreme Court has acknowledged that small-town Cordele, Georgia, has active street gangs that are willing to commit murder. We have seen that in the death of Jasperin as well as in additional deaths in our city even more recently. My prayers continue to remain with Lanedra Armstrong, Jasperin’s mother, and her family as they continue to deal with the loss of Jasperin.”

According to the evidence as chronicled in the opinion, the morning of Sept. 12, 2014, Armstrong’s body was discovered by the side of a road. A GBI medical examiner determined Armstrong had been shot several hours earlier. When police later searched Armstrong’s bedroom, they found printed gang rules, and his girlfriend verified that he was a member of the “Rollin’ 20s” gang. The investigators also recovered messages from the gang’s Facebook group that included a number of his co-defendants, including Rontavious Towns, who as leader of the gang in Cordele, GA was at a lower rank than Chavers, the gang’s state leader.

The murder stemmed from a fight that had broken out earlier that summer at a basketball game between members of the Rollin’ 20s and a rival gang. During the game, Armstrong’s cousin, Jacquese Hicks, who was in the other gang, elbowed one of the Rollin’ 20s gang members. But instead of joining the fight with his fellow gang members, Armstrong tried to break it up.

Soon messages appeared on Facebook criticizing Armstrong’s refusal to fight and warning that Chavers would impose consequences. In a later conversation on speaker phone, Chavers told a fellow gang member that they had to stick together, that Armstrong “went out bad,” and “somebody’s got to die.” At a meeting of gang members a few days before Armstrong was killed, the girlfriend of one of the members heard them say that Armstrong refused to fight and somebody was “on the plate” and “going to get ate.” At trial, a gang expert testified that someone who is “on the plate” or “going to get ate” is someone who has been targeted to be beaten or killed.

In the two days leading up to Armstrong’s death, Towns and Chavers called each other 45 times. The night of Sept. 11, Chavers and Andreika Harper drove from Bainbridge, GA to Cordele in Harper’s car where they joined a group of gang members in an apartment complex parking lot. Meanwhile Armstrong, who had told his girlfriend he was due to meet with Chavers, got a ride from his mother who dropped him off where he joined the group. Chavers told Armstrong everyone had been waiting for him and he was going to take a ride with Chavers and Harper. After the three left, one of the remaining gang members said that Chavers was “talking crazy, he’s talking about killing [Armstrong].” In the car, Chavers asked Armstrong why he had not joined the fight with his fellow gang members and why he had missed gang meetings.

After several minutes, Chavers stopped in the road and asked Armstrong to get out of the car and help him find something. After the two got out, Harper saw Armstrong standing on the side of the road and Chavers appearing to look for something. Then she heard a loud noise and saw a flash. After Chavers got back into the car, he told Harper that she could not tell anyone what had happened, that Armstrong had said, “don’t kill me, man,” and that he had tried to shoot Armstrong a second time but the gun had jammed. On their way back to Bainbridge, Chavers called Towns and told him the “job had been done.” Chavers threw the gun into the river in Bainbridge, and he and Harper spent the night in a motel.

Chavers was tried separately, and at his trial, he admitted that he was the highest ranking member of the Rollin’ 20s gang in Georgia, that he and Harper had picked up Armstrong, and that he had discussed with Armstrong the problems he was having with other members of the gang. But he said the night of Sept. 11, 2014, he had dropped Armstrong off at the side of the road, and he denied making the threatening statements others said he had made.

Following his August 2015 trial, a jury found Chavers guilty on all counts. He was sentenced to life in prison without parole, plus 15 years for violation of the Street Gang Act, and another 10 for the firearm counts.

In today’s opinion, the high court has rejected all three of Chavers’s grounds for appeal, including his argument that the evidence was insufficient to prove his guilt of conspiracy to commit murder and, therefore, was also insufficient to support his conviction for violation of the Street Gang Act because that violation was predicated on the conspiracy offense.

Here, “the jury was presented with ample evidence that Chavers conspired to murder Armstrong, including: Chavers’s rank in the gang; his statements to fellow gang members about killing violators of gang rules; his communications with gang members who were critical of Armstrong; his own criticism of Armstrong – which was coupled with statements that ‘somebody’s got to die’; Chavers’s trip to Cordele to meet with gang members about Armstrong; and Chavers ultimately driving Armstrong away and shooting him. The evidence was more than sufficient for the jury to infer a mutual understanding between Chavers and other gang members to carry out Armstrong’s murder.”

“We therefore conclude that the evidence presented against him was sufficient to authorize a rational jury to find beyond a reasonable doubt that Chavers was guilty of the conspiracy offense that served as a predicate for his conviction for violation of the Street Gang Act,” the opinion says. Furthermore, the evidence was sufficient to find him guilty of all the other crimes for which he was convicted.