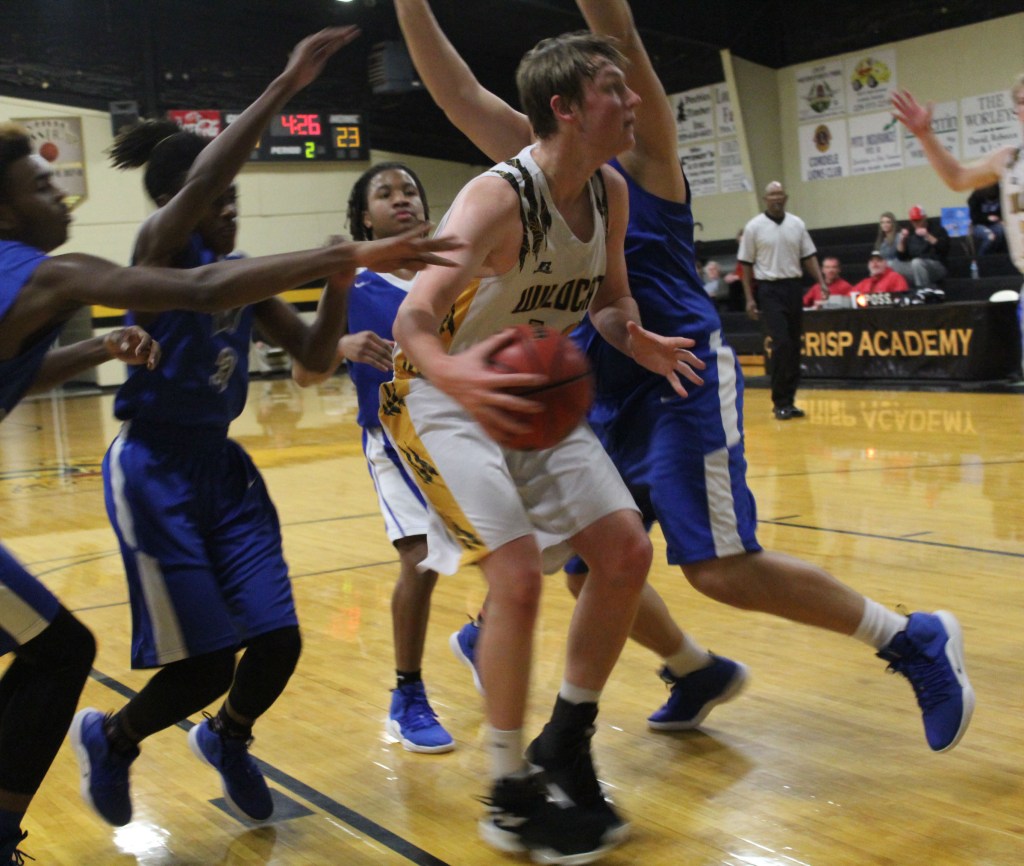 CORDELE— Crisp Academy’s varsity basketball teams hosted region opponent Windsor Academy for games on Tuesday night. CA won a close contest over Windsor in the boys’ game by a final score of 62-60 after making a couple of big defensive stops and hitting some crucial free throws late in the fourth quarter. The Lady Cats fell to Windsor earlier in the night by a final score of 58-20.

The Wildcats got on the board first in the boys’ game on a layup by Trey Williams, and they used five points from Cooper Folds, four apiece from Spencer Stubbs and Griffin Gravitt, plus a three-pointer from Julian Floyd to take an 18-11 lead into the second period.

CA subsequently outscored Windsor 17-16 in the second quarter to take a 35-27 lead into the halftime break. Williams added five points to his scoring total in the quarter, while Gravitt tacked on four and Stubbs scored two on a layup. Floyd and Folds each hit three-point shots in the period.

Third quarter action saw the Wildcats stretch their lead out to 13 points, but the Knights closed out the period on a 12-2 scoring run to bring the score line to 46-43 in favor of CA entering the fourth. Gravitt scored five of CA’s 11 third quarter points, while Stubbs and Williams combined for the other six with three apiece in the period.

The game remained close throughout the fourth period as the two teams continued to trade scores. The Wildcats were able to maintain the lead in the quarter up until Windsor put together a 6-1 run to tie the score at 60 apiece with just under 43 seconds to go in the contest.

Folds was fouled on the ensuing Wildcat inbound attempt and he split the resulting pair of free throws to get CA back in front by one point still with no more time having run off the clock.

Windsor attempted to take the lead with a layup on their next possession, but Stubbs came up with a crucial blocked shot to help CA keep the lead. The Knights were able to regain possession of the ball and they took a timeout with six seconds to play with CA still in front by one. A Windsor player drove in and forced up a wild shot attempt after the timeout, and the Wildcats came up with possession of the ball after the miss.

A foul from the Knights sent Folds to the line with 0.9 seconds to go and he hit one out of two from the free throw spot to put CA up 62-60.

The Knights took a timeout and subsequently attempted a long pass to create one final shot attempt, but CA’s Billy Hardin batted the ball out of the air before any Windsor players could make a play and the buzzer sounded shortly after, leaving the Wildcats with an important region victory by the final score of 62-60.

Gravitt scored five out of the 16 CA fourth quarter points, while Stubbs tacked on four and Floyd hit his third three-pointer of the night in the final frame. Folds and Williams each had two for the remainder of the Wildcat fourth period scoring.

Gravitt’s five fourth quarter points gave him a total of 18 on the night.

The win put the Wildcats’ overall record at 12-4 on the season. CA ran their record in region play to 4-2 with the win, which has them in second place out of the five teams in the GISA’s region 3-AA regular season standings.

Earlier on in the night, the Lady Wildcats fell to Windsor Academy in the girls’ game by a final score of 58-20.

Maddie Milani led the Lady Cats in scoring in the contest with seven points, including a three-pointer. Eliza Hill finished with six points on four made free throws and a jump shot. Maggie Bullington ended the game with three points, while Mia Purvis and Blaykelyn Stevens both finished with two.

The Lady Wildcats fell to 3-13 overall on the season and 0-6 in region play with the defeat to Windsor. 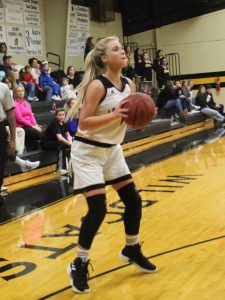