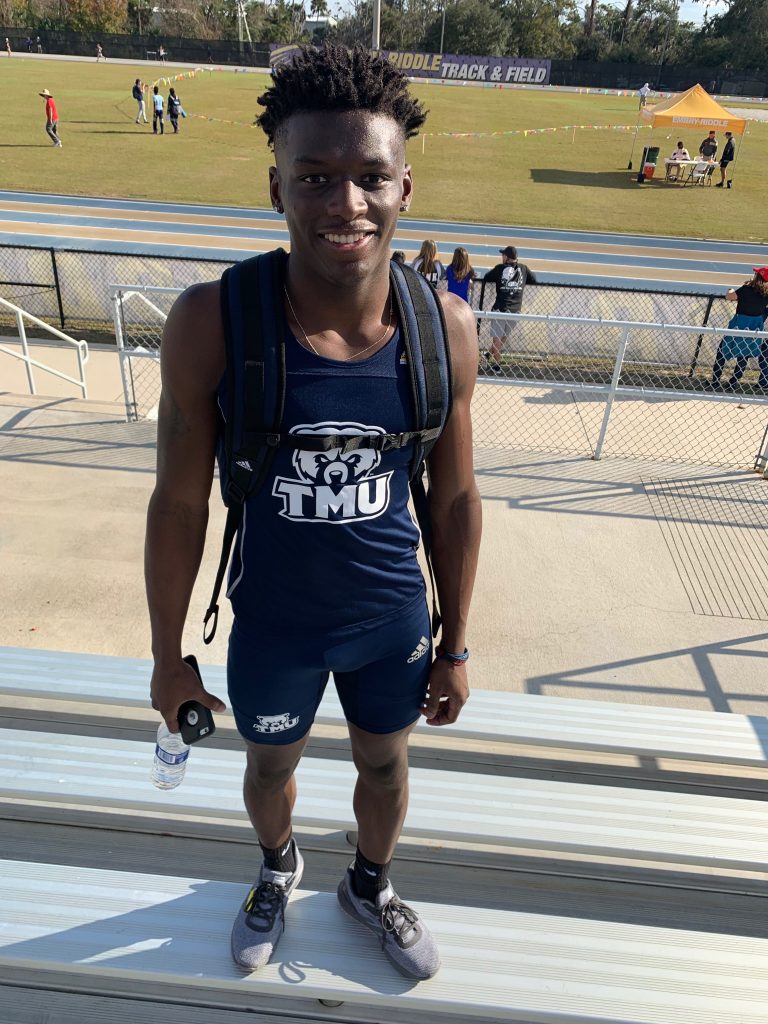 Crisp County High School class of 2018 graduate Keishon Franklin, who signed to run track for Truett McConnell University in May of last year, competed in his first collegiate track meet over this past weekend.

Truett McConnell University, out of Cleveland, Ga., was one of 16 men’s teams in attendance at the Embry-Riddle Indoor Outdoor Challenge on Saturday, January 19, in Daytona Beach, Fla.

Franklin posted the fourth-fastest overall 200-meter dash time at the meet with a run of 22.57 seconds, which was also the fastest time for any freshman participant at the event. A total of 47 athletes competed in the men’s 200-meter event, and the three that finished ahead of Franklin were each just fractions of a second ahead of his time. The winning time posted for the event was 22.26 seconds.

Franklin also ran the anchor leg [final runner on relay team] for the TMU 4×400 meter relay team that came up with a time of 3 minutes, 21.90 seconds to finish second overall in the event that consisted of nine teams. The Embry-Riddle 4×400 squad finished just ahead of Franklin and the TMU relay team for first place in the event with a time of 3:20.31. TMU’s relay squad finished ahead of the third place team from Keiser University by over nine seconds.

Last year, in his senior year at CCHS, Franklin was the GHSA class AAA state runner-up in the 400-meter run after previously winning region and sectional titles in the event during the 2018 season. He also had an eighth place finish at state and a region title in the High Jump event to his credit during his senior season for Crisp County. 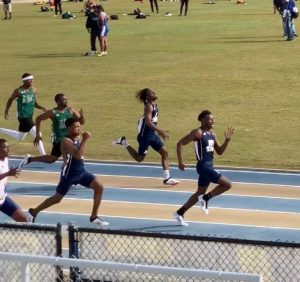 Keishon Franklin (far right in the picture) leads the way in his 200 meter dash heat during Saturday’s track meet in Daytona Beach, Fla.