Police searching for Bell, name him person of interest in McCall shooting death 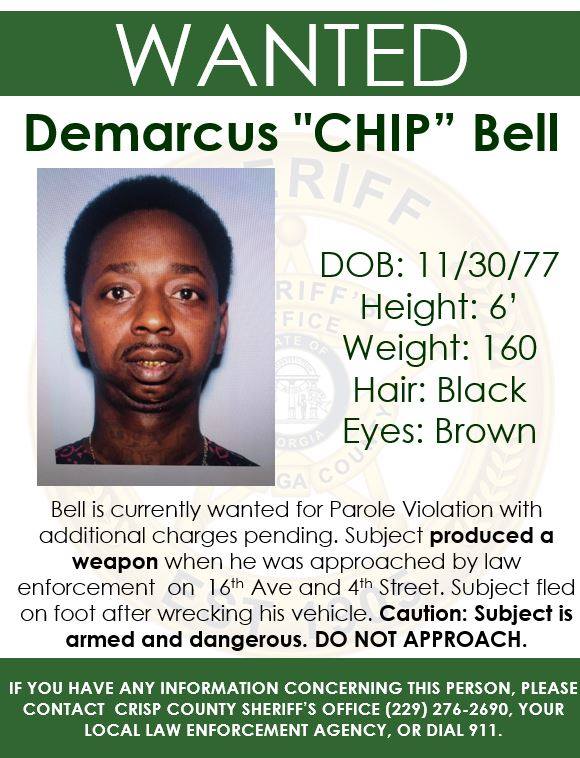 Demarcus "Chip" Bell is now being sought by CPD and GBI as a person of interest in the Christmas shooting death of Tonay McCall. CCSO has been searching for Bell for an unrelated incident on November 27, 2018 when he brandished a firearm at a CCSO deputy during a pursuit.

The Cordele police has released new information regarding the homicide investigation of Tonay McCall’s death on December 25, 2018.  Investigators have named  41-year-old Demarcus “Chip” Bell a person of interest in the Christmas night shooting death of McCall.

Bell is already wanted by the Crisp County Sheriff’s Office for a November 27th incident when he crashed a car near the intersection of 16th Ave. and 4th St while fleeing from a sheriff’s deputy. Bell then reportedly brandished a weapon at the deputy while fleeing the scene on foot.

The Cordele Police Department also released photos of the suspect vehicle from McCall’s shooting death and the wanted poster previously issued by CCSO. CPD says Bell’s previous run-in with CCSO is not believed to be related to McCall’s death.

If you have information on the vehicle in question or the whereabouts of Demarcus Bell, please call the Cordele Police Department at 229-276-2921 or the Georgia Bureau of Investigation at 229-931-2439. Crisp County Sheriff Billy Hancock offered a reward of $500 after the November 27th incident, which a spokeswoman said still stands. 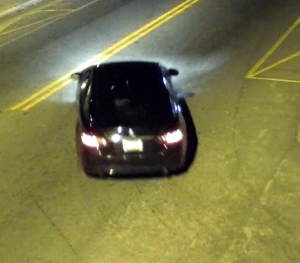 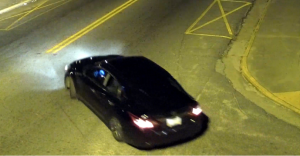 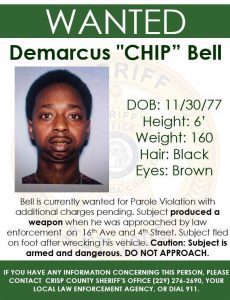