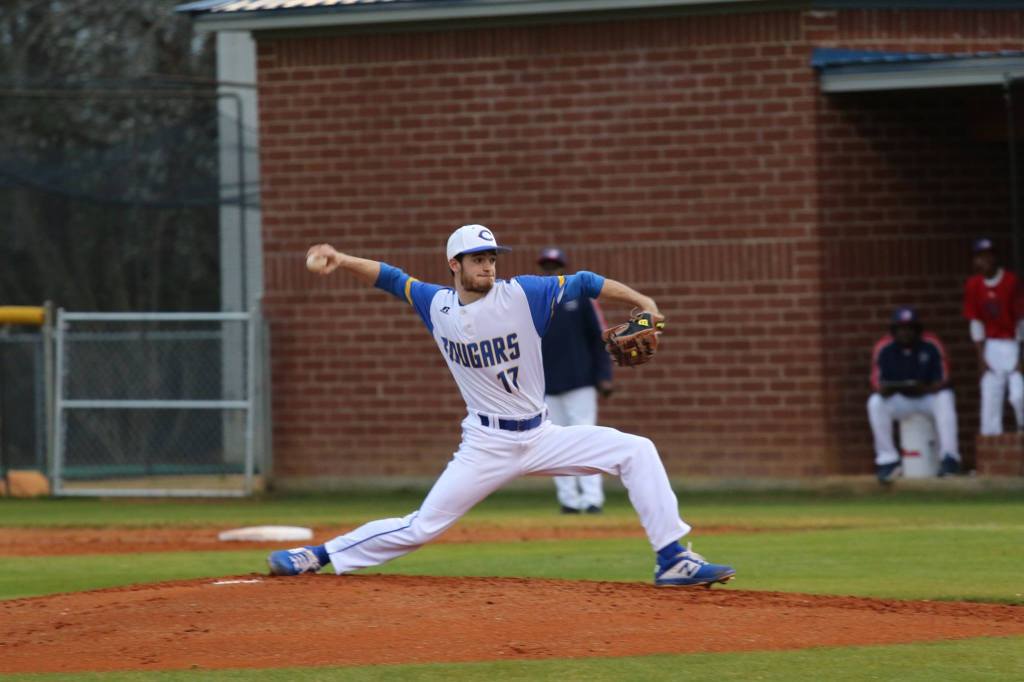 CORDELE— The Crisp County High School baseball team picked up their first victory of the 2019 season on Friday night with a 6-0 shutout win over the Westover Patriots.

Pitchers Jordan Grinnell and Toby Stripling combined for seven innings of shutout baseball for the Cougars, while the CCHS batting order manufactured six runs aided by a couple of mistakes from the Patriots to pick up the win.

After a scoreless first inning, Westover had the first run scoring opportunity of the game in the top of the second frame with a runner on second base and just one out. A running catch in foul territory by CCHS first baseman Bailey Barfield followed by a pop out to Crisp second baseman Cole Lancaster ended the Westover threat.

The Cougars then put their first four runs of the game on the board in the bottom half of the frame.

Jackson Napier drew a walk to start out the inning and he later made his way over to third with a couple of stolen bases. Lancaster later walked with two outs in the inning and made his way over to second. A wild pitch then allowed Napier to score the first run of the game, and Lancaster made it to third on the Westover mistake. He would score the second run of the contest shortly after on a Westover balk.

Alex Kelley then reached base on a dropped third strike to keep the line moving for the Cougars, and Dallas Pheil followed with a walk. Stripling subsequently put down a bunt in the next at bat, which led to a Westover error at third base that allowed Kelley and Pheil to score the final two runs of the inning. The Cougars were ahead 4-0 entering the third frame.

Both teams went scoreless over the next two innings, but the Cougars later added to their lead in the fifth.

Stripling recorded three strikeouts in the top half of the fifth, and he subsequently led off the bottom half of the frame with a base hit. He later stole second, then took third base on an error by the Westover catcher before scoring the fifth Cougar run of the game on a wild pitch.

Connor Richmond reached base on a single shortly after, and Jack Carter followed with a walk to give the Cougars two runners on base, still with no one out in the bottom of the fifth.

A passed ball by Westover allowed both of the runners to move up into scoring position, and Barfield subsequently knocked in Richmond with a sacrifice fly RBI for a 6-0 Cougar lead at the end of the fifth inning.

Westover had a few base runners over the course of the final two innings, but they were unable to get on the scoreboard as Stripling and the Cougar defense made the necessary plays to finish the game off for the 6-0 shutout win.

Grinnell pitched the first four innings for Crisp and allowed only one hit while striking out three Westover batters. Stripling pitched the final three innings for the Cougars and gave up two hits and a walk while recording four strikeouts.

Batting lineup leaders on the night for the Cougars were: Barfield with one hit and one RBI; Stripling and Richmond each with a hit and a run scored; while Napier, Lancaster, and Pheil had one walk and one run scored apiece.

The win put Crisp County’s record at 1-1 so far on the season.

Up next for the Cougars is a Monday afternoon double-header at Veterans High School, with games against Veterans and Howard. Game one is scheduled for 12:30 p.m., with the second game to follow at 3.

Following that, Crisp will play a rematch with Westover in Albany on Wednesday at 5:30, and the Cougars will then host Southland Academy on Friday night at 6. 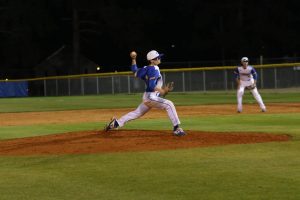