Three CCHS pitchers combine for no-hitter in win over Southland 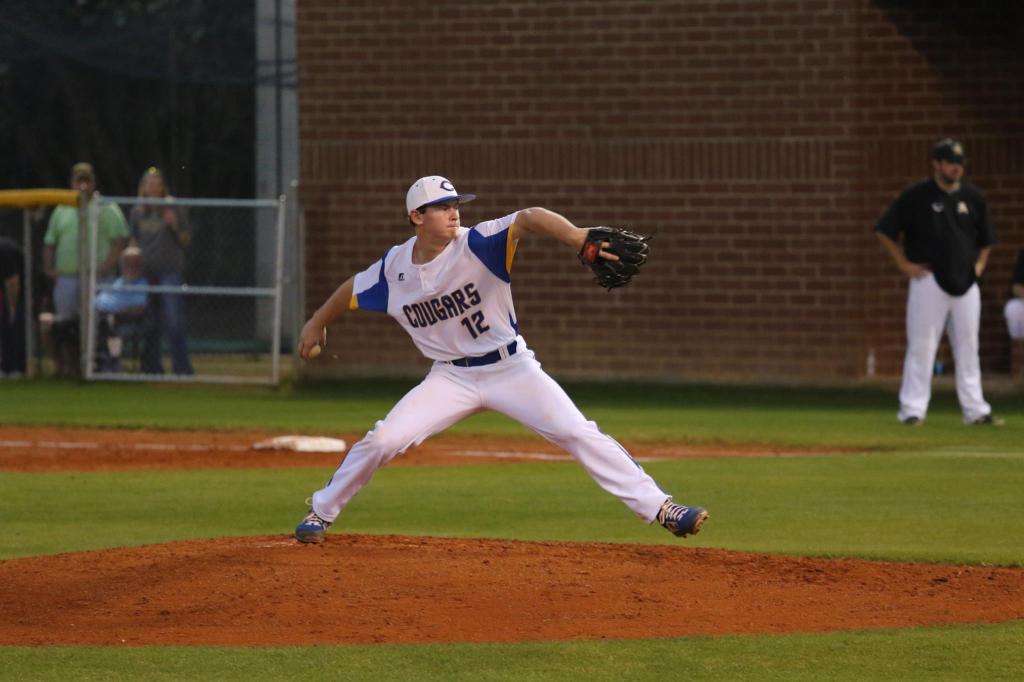 CORDELE— The Crisp County High School baseball team picked up their third win in a row by defeating the Southland Academy Raiders 3-2 in a competitive contest on Friday night in Cordele.

Cougar pitchers Connor Richmond, Jordan Grinnell, and Noah Walters combined for seven innings in the game and allowed no Raider hits while also striking out 12 batters to lead Crisp to the win.

Richmond opened the game with a three up, three down top of the first inning that included two strikeouts, and the Cougars then scored the game’s first run in the bottom half of the frame.

Stripling reached base on an infield single to start out the bottom of the first, and Richmond moved the runner into scoring position with a sacrifice bunt. A pair of wild pitches by Southland later allowed Stripling to make his way to home plate for a 1-0 Cougar lead.

The Cougars remained in front by the 1-0 score line up until the top of the fourth inning when the Raiders scored a pair of runs. Four consecutive walks followed by an RBI groundout put the Raiders up 2-1 in the fourth inning, but Crisp retook the lead in the bottom half.

Bailey Barfield reached base for Crisp on a hit by pitch to lead off the bottom of the fourth, and he later made his way into scoring position by stealing second base. Jackson Napier subsequently reached base on a bunt hit that led to a Southland error, which also allowed Barfield to score the game-tying run. Napier ended up at second after the error, and a pair of passed balls later allowed him to score, giving the Cougars a 3-2 lead entering the fifth inning.

The Raiders ended up with one more big scoring opportunity in the top of the fifth after a one-out walk followed by a Cougar defensive error, but Walters took the mound in relief of Grinnell shortly after and struck out two Southland batters to end the fifth inning threat.

The Cougars maintained their 3-2 lead the rest of the way, as Walters continued his strong outing with five more strikeouts over the course of the sixth and seventh innings to close the door on the Raiders.

Richmond pitched three innings in the contest, allowing just two runs on four walks while also striking out four Raider batters. Grinnell entered the game during the fourth frame and picked up the win for Crisp after pitching for an inning and a third while allowing just one walk and recording a strikeout. Walters got the save after pitching two and two thirds innings and striking out seven Southland batters.

Contributors in the batting lineup for the Cougars were: Stripling and Napier- each with one hit and one run; Walters and Richmond- one hit apiece; Barfield- one walk, one stolen base, and one run scored; Cole Lancaster- one hit and one walk; Dallas Pheil- two walks.

The win over Southland put the Cougars at 4-2 on the season.

CCHS is scheduled for three games this week. They will play Monday at Hawkinsville starting at 6 p.m., and then on Wednesday at Schley County. The Cougars will then host Perry on Friday night at 6 to close out this week’s schedule.