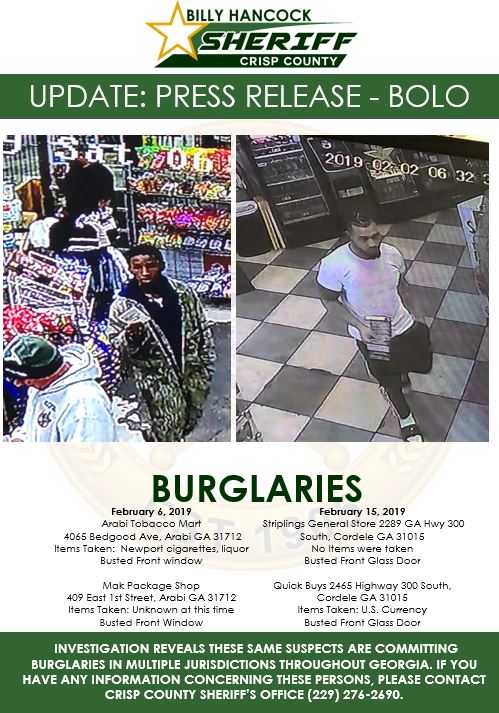 Investigators with the Crisp County Sheriff’s Office have new information regarding suspected burglars who have hit four local businesses in the past month.

The sheriff’s office released two additional “be on the lookout” (BOLO) alerts on Friday that provide photos of the suspects and the vehicle believed to be used during the burglaries. If you have any information about the burglaries or the suspects, call the Crisp County Sheriff’s Office at 229-276-2690. 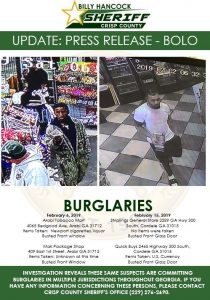 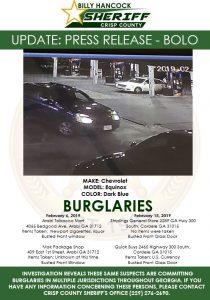 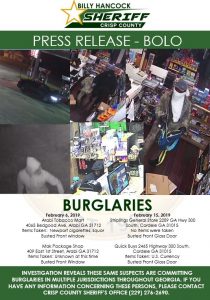