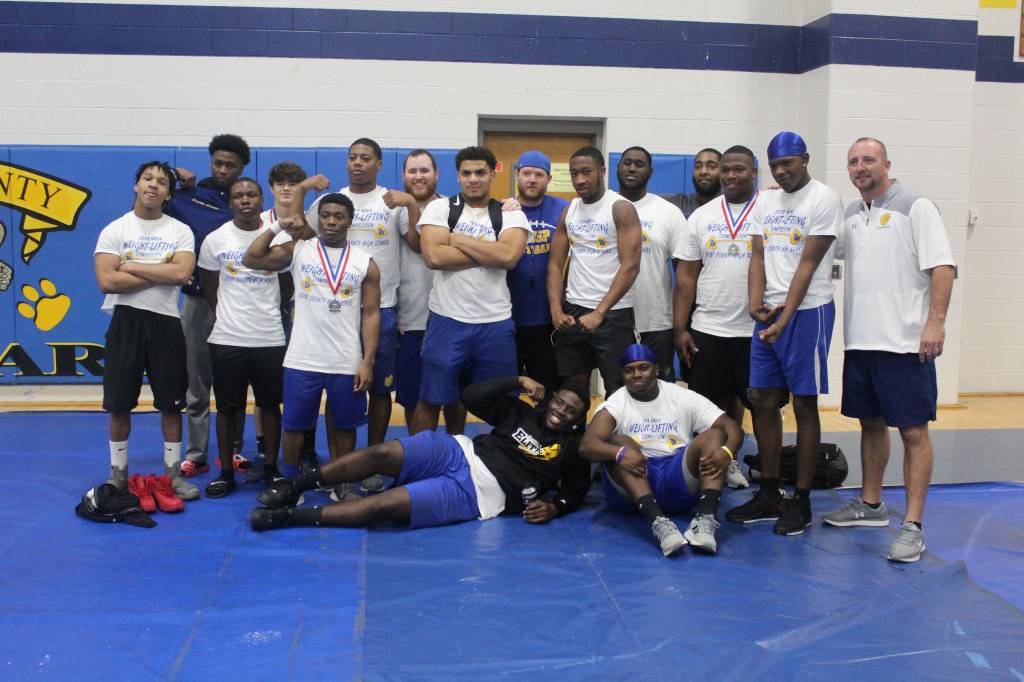 The format for the competition split all of the participants into specific weight classes and combined their heaviest lift in bench press and power clean for a total weight, and points towards the team competition were earned by those who finished in the top six in each division.

Fitzgerald, Cairo, Schley County, Atkinson County, Berrien County, and Bainbridge were the other six schools in attendance at the event, and Cairo took first place in the team competition.

Cougar results for the competition were as follows:

In the under 140 pound division, Crisp County’s Antorio Morgan finished in second place, while Toby Stripling took third and Damion Cross finished in the 11th spot.

In the 141-150 division, Crisp County had two finishers in the top six out of 14 participants. Jaylin Epps finished in fifth place and Jeremiah Bolden tied for sixth.

Chris Paul took eighth place for the Cougars in the 206-225 weight class.

In the 226-245 division, two Crisp lifters finished in the top seven out of 11 total participants. Kamron Moate took fifth and Mekhi Hill finished in seventh place.

To finish out the Crisp County results from the day, the Cougars had three top 10 finishers out of 22 participants in the 246 and up division. Colton Oliver took second place and AJ Duncan finished tied for fourth to grab state qualifying spots, while Jaquan Bass finished ninth overall.

The top five finishers in each class qualified for the state competition to be held on Saturday, March 16, at Jefferson County High School.