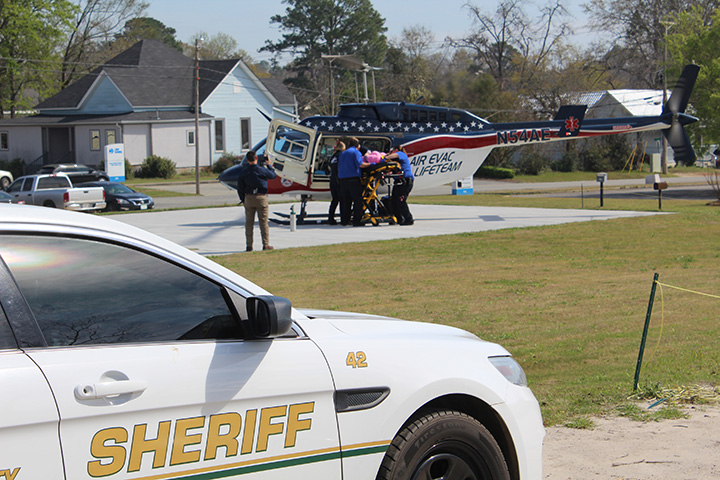 First responders load a simulated patient into an air evacuation helicopter in the final step of an active shooter drill conducted at Crisp Regional on Friday.

Authorities conducted an active shooter drill at Crisp Regional Hospital on Friday afternoon. There was never any real threat; the drill was just an opportunity for local healthcare and public safety professionals to practice their skills in the case of an extreme emergency and to test response times.

Captain Michael Fraser with the Crisp County Sheriff’s Office said all personnel involved in the drill performed well, as was expected. The drill included a scenario that simulated a gunshot victim who required evacuation by helicopter.