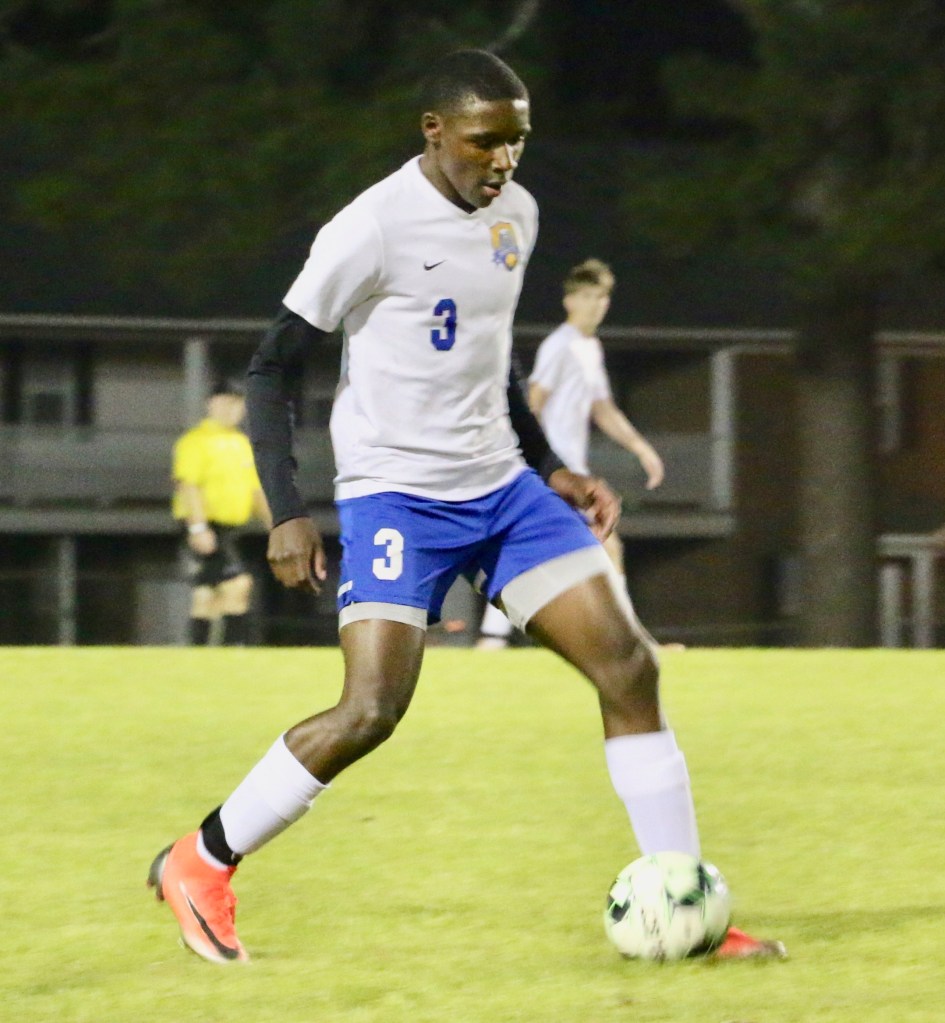 The Crisp County varsity Cougar soccer teams headed to Worth County for an important region battle on Friday night, and both CCHS teams picked up crucial region wins in their games. The Lady Cougars defeated Worth 2-0 on the night, while the Crisp County boys’ used a penalty shootout to defeat Worth County after playing out a 1-1 tie over the course of the match.

Up first was the Lady Cougars’ match against the Lady Rams of Worth.

After a back and forth first half battle, the score remained deadlocked at 0-0 at halftime.

The Lady Cougars picked up the intensity and got second half goals from Madison Waters and Kirin Webb.

CCHS then played solid defense and controlled the midfield to maintain the 2-0 win.

Waters and Anahi Garcia each finished the match with an assist for Crisp County.

With the 2-0 win over Worth, the Lady Cougars brought their overall record to 6-3 on the season, with a 4-0 mark in region play, which had them in first place in the region standings entering this week.

In the late game, the Crisp County boys’ team was trying to avenge a loss to Worth that happened earlier this season in Cordele.

The Cougars came out aggressive early and had a few goal scoring opportunities but they were not able to convert on them.

After a back and forth battle early on, the Cougars struck first with a goal by Elijah Reynolds after a pass from Logan Boutwell. Crisp took a 1-0 lead into halftime.

The second half brought more exciting plays, and Worth County’s striker made a move for a goal to even the score at 1-1.

The teams remained tied at 1-1 when the final buzzer sounded, so the match went into extra time.

Worth County was the first to kick but Cougar goalie Jordan Fawkes made a tremendous foot save on the attempt, according to Coach McGinnis.

Because of the new penalty kick format Crisp County had the next two shot opportunities in a row.

The first to kick was Logan Boutwell, and he stepped up and put the ball in the back of the net on his attempt.

The next Crisp player to take an attempt was Kevin Richmond and he struck the ball but the Worth County goalie made a save.

The Rams had the next two shot opportunities, but McGinnis said that Fawkes stonewalled both of the Worth County attempts.

Crisp then had two opportunities to seal the game.

Davin Fryman stepped up and put the ball into the back corner of the net to extend the Cougar lead.

Crisp’s CJ Daniels then stepped up to the penalty spot with a chance to give CCHS the win, and he delivered a strike to the back left corner to seal the big region victory for the Cougars.

With the win, the Crisp County boys brought their record to 4-4-1 (Win-Loss-Tie) overall, and 3-1 in region competition. The Cougars came into this week in first place in the boys’ region standings as well. 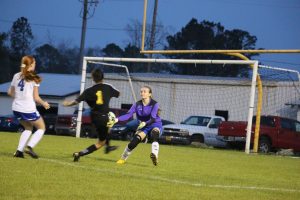 Crisp County goalkeeper Peyton Bozeman steps up to make a save during Friday night’s 2-0 Lady Cougar win over Worth County. 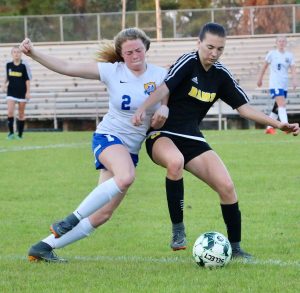 Crisp County’s Kirin Webb (2) fights for possession of the ball during Friday night’s Lady Cougar win against Worth. 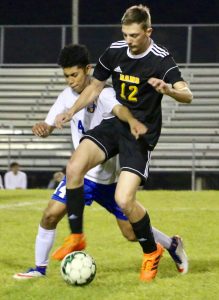 CCHS soccer player Trigo Acevedo (14) battles a Worth County player for control of the ball during Friday night’s game.