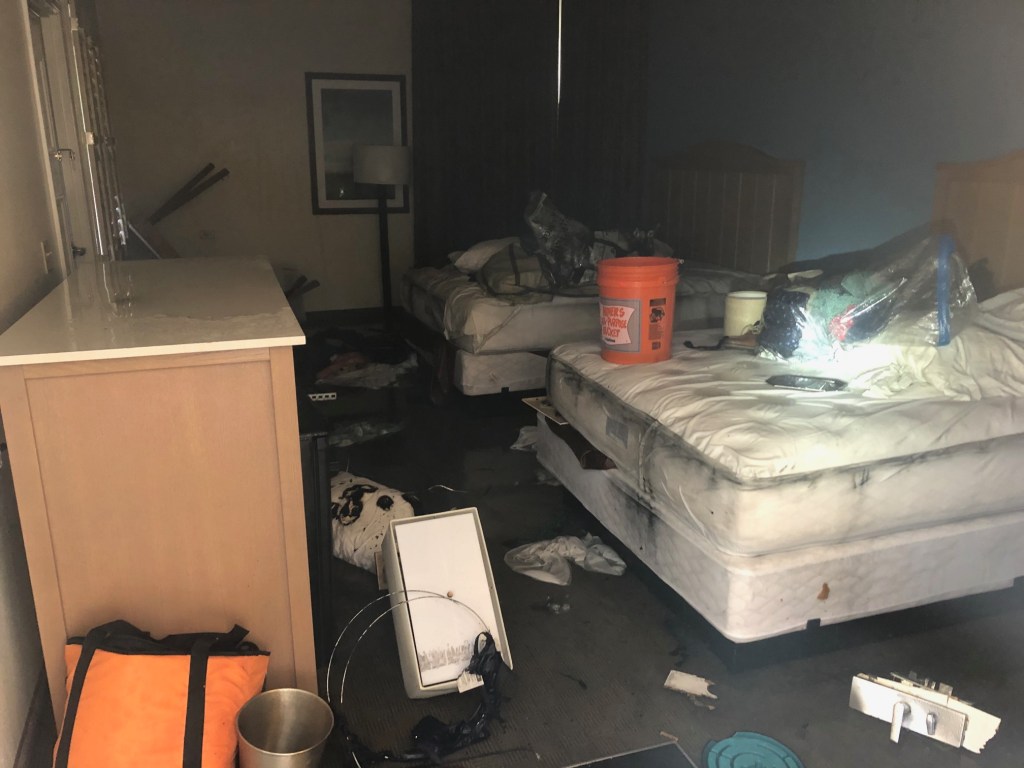 A Macon man is charged with arson, criminal destruction of property, and methamphetamine possession after Crisp County Sheriff's deputies arrested the man for setting a fire and otherwise trashing this room at the Lake Blackshear Resort villas on Monday.

Upon arriving on the scene, Deputies attempted to make entry into the villa. Berry barricaded himself inside the dwelling and refused to comply with verbal commands. Deputies breached the door and placed Berry into custody without further incident.

Crisp County Fire Rescue extinguished the fire. Crisp County EMS evaluated Berry for smoke inhalation. Berry was transported by a Deputy to Crisp Regional Hospital and then to the Crisp County Detention Center.

“I would like to thank Crisp County Fire Rescue, Crisp County EMS, and Georgia Department of Natural Resources for seamlessly working to ensure the safety of person and property,” said Crisp County Sheriff Billy Hancock.