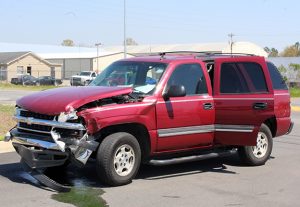 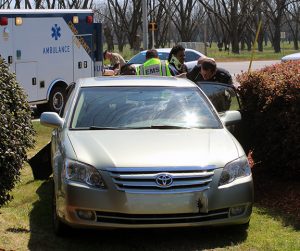 Crisp County EMS responded to a two-car wreck near the intersection of 16th Avenue and Midway Road at approximately 1:30 Wednesday afternoon. The details of the incident are unclear at this time, however two passengers in a small silver sedan were placed in a neck brace and another secured on a back board before being placed in the ambulance for transport to Crisp Regional Hospital. None of the passengers of the second vehicle, a maroon SUV, appeared to be seriously injured.