One dead after school bus wreck, no children hurt 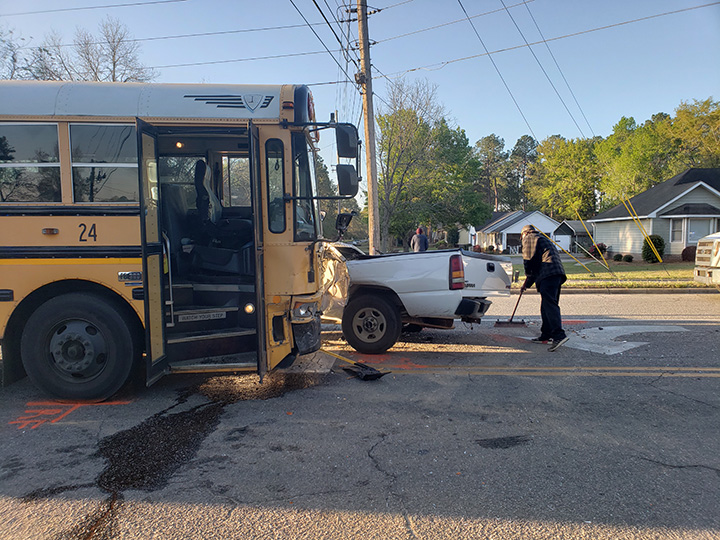 Multiple law enforcement units are still on the scene of a wreck involving a school bus near the intersection of 24th Avenue and Greer Street. A driver pulled out in front of a bus traveling down 24th, leaving the school bus had no opportunity to stop. Preliminary reports from the Georgia State Patrol indicate that no children suffered serious injuries beyond scratches and bruises, but the driver of the passenger car is deceased.

Authorities answered a 911 call at approximately 7:35 a.m. that a wreck involving a school bus had occurred at the intersection of 24th and Greer. When officers arrived on the scene, they found that a passenger car had pulled out in front of a bus, and that the collision between those two vehicles forced the passenger car into a collision with another passenger car.

Troopers with Georgia State Patrol Post #30 are working the incident, but they can confirm that the driver who pulled out in front of the bus is dead and that the school bus driver is not at fault.

This is a developing story. Check back online for more details or read Saturday’s print edition of the Dispatch for the full story.