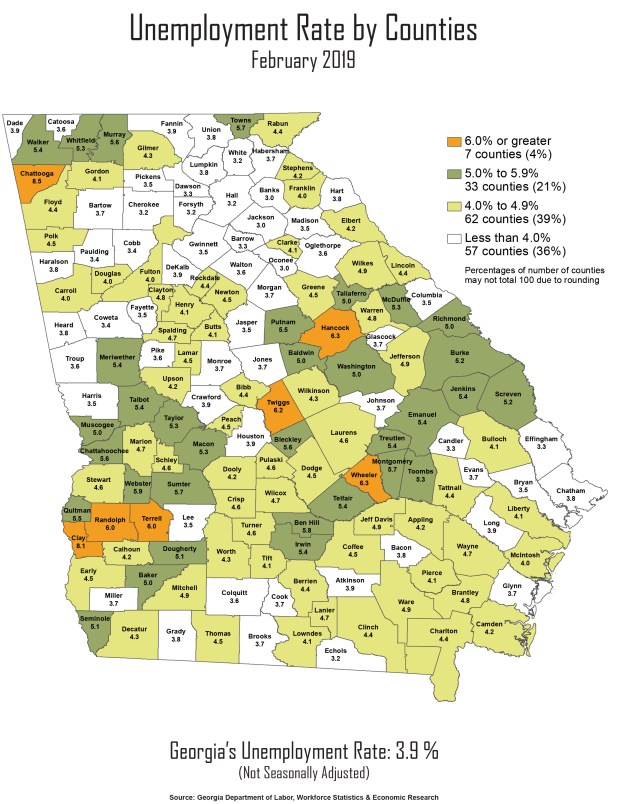 Area unemployment figures drop by roughly half a point

Unemployment rates in the Dispatch’s readership area of Crisp, Dooly, and Wilcox counties fell along with the statewide unemployment rate in February, according to the most recent data released by the Georgia Department of Labor (GDOL).

Crisp County’s unemployment rate for February, the most recent month for which figures are available, fell to 4.6 percent compared to 5.3 percent for the previous month.

Read more about this story in Saturday’s print edition of the Dispatch.

TO OUR SUBSCRIBERS AND ADVERTISERS: The Dispatch had planned to publish its annual Progress Edition in its March 30th issue.... read more