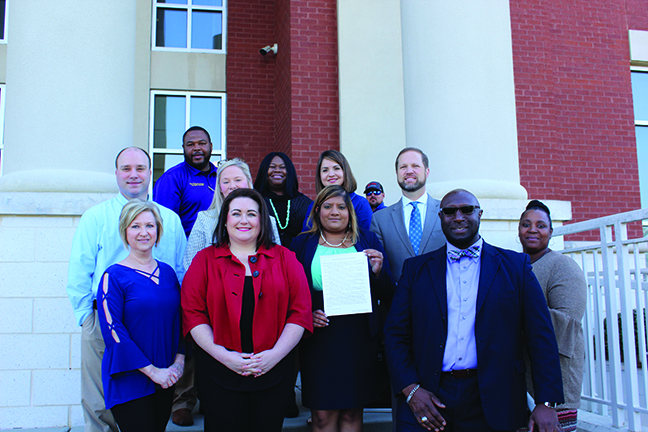 On Thursday, Cordele Judicial Circuit District Attorney Brad Rigby officially proclaimed the week of April 7th as Crime Victims’ Rights Week for the circuit, which covers Ben Hill, Crisp, Dooly, and Wilcox counties. The proclamation was issued in conjunction with the observation of National Crime Victims’ Rights Week. This year’s theme is “Honoring our past. Creating hope for the future,” and “celebrates the progress made by those before us as we look to a future of crime victim services that is even more inclusive, accessible, and trauma-informed,” according to Rigby’s announcement prior to Thursday’s ceremony at the Crisp County Courthouse.

A candlelight vigil honoring victims of criminal violence will be held Thursday, April 11 at the Cordele-Crisp Community Clubhouse. The public is invited.