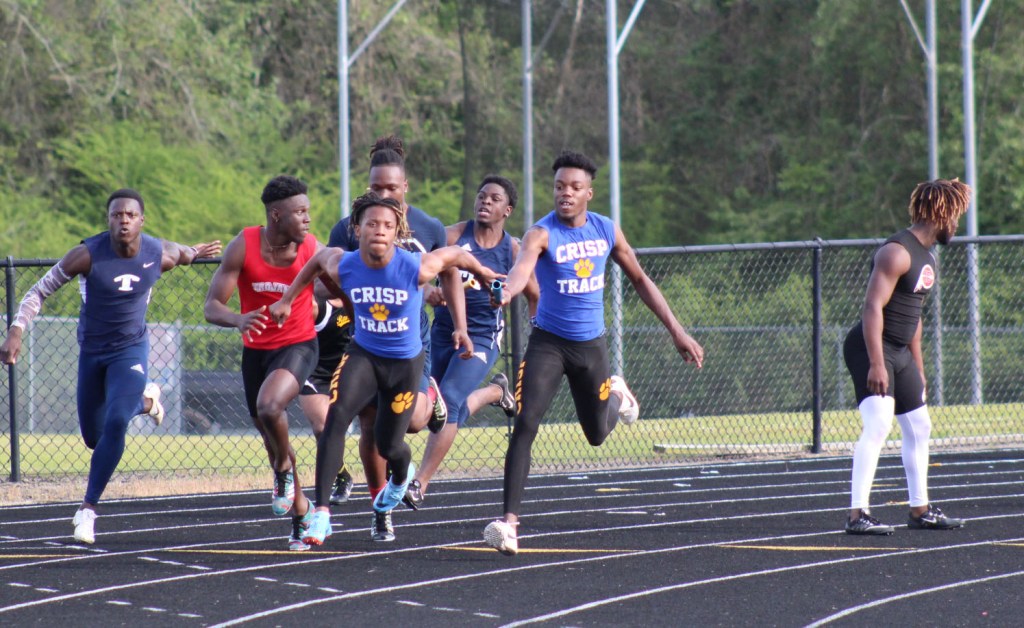 The Crisp County Cougar track and field team bounced back off of spring break in strong fashion Wednesday night in Tifton at a meet hosted by Tift County.

“Both the girls’ and boys’ teams had spectacular finishes, with five overall first place finishes on the boys side,” said CCHS track coach Marcus Gowan.

The night started out well for the Cougars, as Adarian Carter jumped a season best 43 feet to win the triple jump competition.

Going on at the same time was the boys’ 3200 meter run, in which Thomas Rischar ran away from the competition with a time of 10 minutes, 56 seconds.

It did not take long for the Cougars to post another top performance, as Jekyrhi Lewis won the 400-meter dash with an impressive time of 53.34.

The last stellar performance on the boys’ side came towards the end of the meet, in which Jayce Gray took first place overall in the 200 meter dash with a time of 23.57.

“It was an amazing performance by both teams,” added Coach Gowan.

The Cougar track team was scheduled for a quick turnaround following Wednesday’s strong finishes, as they were set to go to Albany for the Westover Relays today. 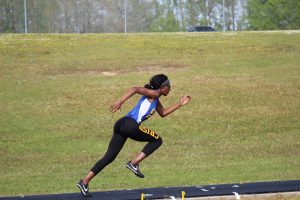 Crisp County’s Ty’Nykia McKenzie picks up speed in preparation for an attempt at the long jump. 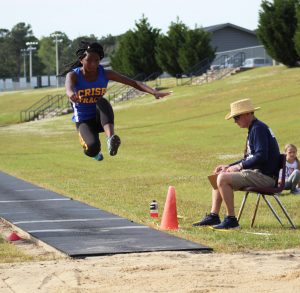 Crisp County’s Kalicia Franklin leaps for one of her long jump attempts at Wednesday’s track meet in Tifton. 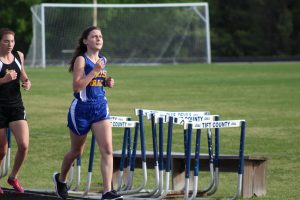 CCHS track runner Jennifer Bedford ahead of an opponent in the 1600 meter run at Wednesday’s meet in Tifton. (All photos by Abigail Taylor)