Crisp County High School’s soccer teams hosted Americus-Sumter on Friday night for late-season non-region contests. Crisp came up with a sweep on the night, with a 10-0 win in the girls’ game, followed by a 2-1 victory in the boys’ contest, while also holding Senior Night festivities between the matches.

Crisp came out aggressive from the start of the girls’ game and scored early, before continuing the onslaught throughout the match.

The Lady Cougars got three goals from Maddi Hughes, two from Jo Brady, and one apiece from Peyton Bozeman, Kaya Daniels, Madison Waters, Haley Kendrick, and Samantha West on the night for their total of 10.

Hughes and Waters also contributed two assists in the match, while Emma Brazel and Rilee Duckworth each had one assisted score in the contest.

With the win over Americus, the Lady Cougars brought their overall record on the season to 9-5.

After a great Senior Night program honoring the players and their parents for all their hard work, it was time for the boys’ game.

The Cougars and Panthers had lots of scoring opportunities in the first half of the boys’ game, and some fine goalkeeping from Griffin Musselwhite plus strong play from the Crisp backline kept the game tied 0-0 at the half, according to CCHS soccer coach Michael McGinnis.

After some halftime adjustments, the Cougars came out and established dominance in the midfield.

Total control in the midfield from CCHS in the second half led to the first goal of the game off the right foot of Jordan Fawkes.

The Cougars continued to control the middle from there, which led up to a shot from outside of the box by CJ Daniels that found the back of the net for the second Cougar goal.

The Americus Panthers rallied shortly after and converted a penalty kick late in the game to get back to within one goal of the lead, but the Cougars stepped up to the challenge and maintained possession over the remaining time and held on to win the game 2-1.

Crisp County’s teams are scheduled for road region matches at Monroe High School in Albany tonight. The next games on the Cougar soccer schedule are Thursday night at home against Worth County beginning at 5:30 p.m. 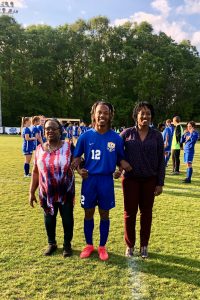 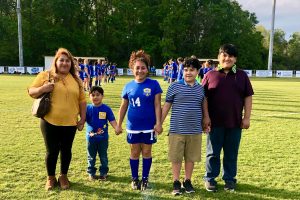 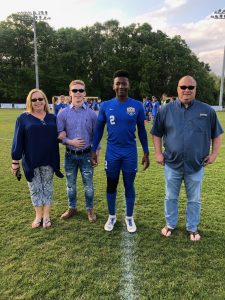 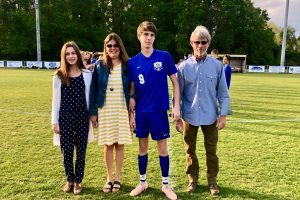 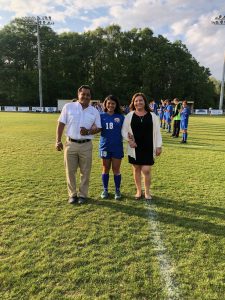 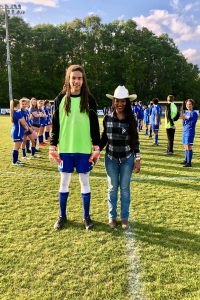