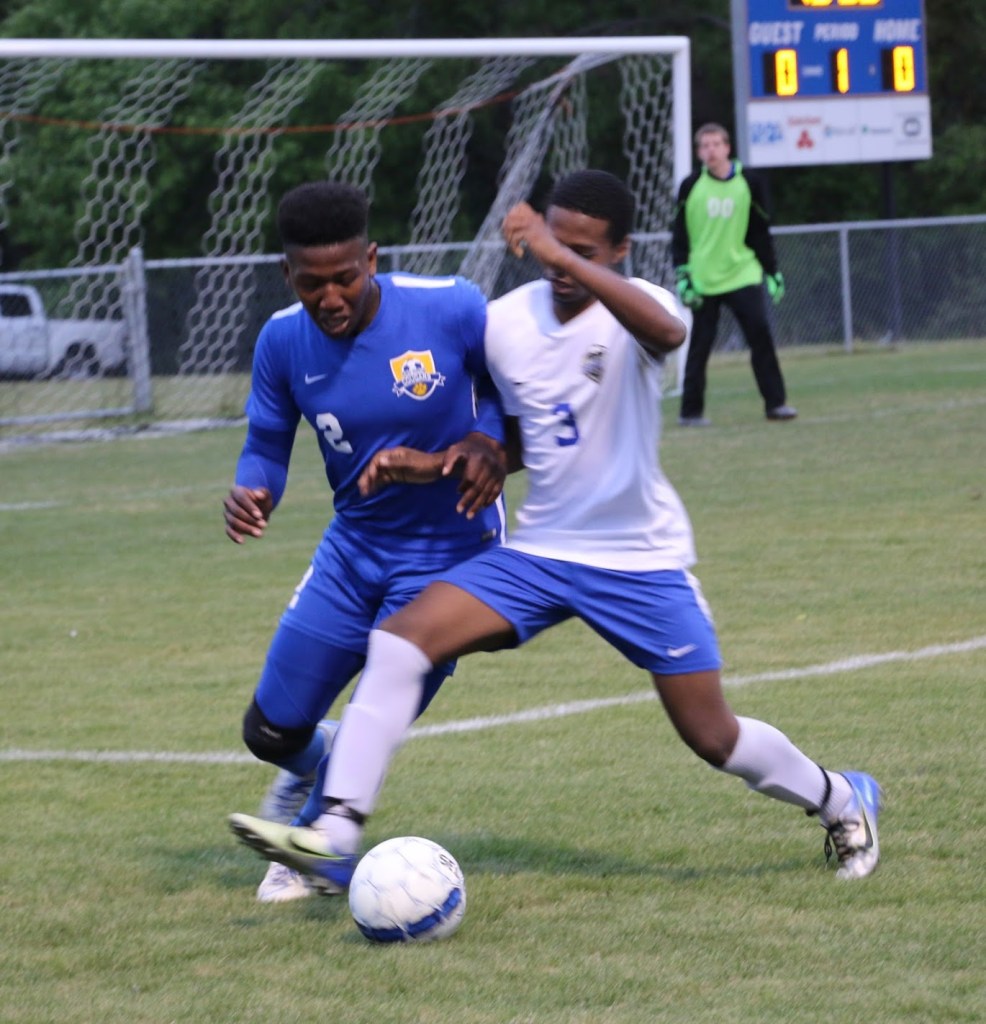 CORDELE— On Thursday night, the Crisp County High School boys’ soccer team knocked off Worth County 4-3 in a penalty shootout to clinch the region 1-AAA title.

The Lady Cougars, who had already wrapped up the girls’ region soccer title entering Thursday night’s contest, used a last second goal to take a 1-0 win in their contest earlier in the night, as they defeated Worth County as well.

Thursday night’s contest in Cordele between the Cougars and the Rams was a very physical and defensive type of game, in which the Cougars sealed the region crown on the final kick of the match.

In the first half of the contest, both teams had a few decent scoring chances but neither squad was able to convert for a goal, leading to a 0-0 score line at the halftime break.

Worth County came up with a few big scoring opportunities early on in the second half, but Crisp goalkeeper Jordan Fawkes made several crucial saves to keep the Cougars in the game.

The defense from both sides picked up later on in the second half and when the final buzzer sounded, the teams were still tied at 0-0, so they next had to play an overtime period.

Both defenses continued to limit the scoring opportunities over the course of the added 15 minutes of play, and each team was still scoreless at the conclusion of the overtime period, meaning a penalty kick shootout was necessary to decide which team would take the region crown.

The teams alternated scores over the first two rounds of spot kicks. Logan Boutwell and Kevin Richmond converted Crisp’s shot attempts over those first two rounds, and Fawkes made a save on Worth County’s third attempt to give the Cougars the momentum.

After the Fawkes save, Davin Fryman converted Crisp County’s third kick, but Worth County was able to knot the score at 3-3 after four rounds.

In the fifth round of the shootout, Worth County’s attempt was off target, leaving the Cougars with a shot for the win. Eric Bohannon subsequently scored on the final attempt to lift Crisp to the 4-3 shootout win and a region title.

The win brought the Cougars’ overall record to 8-7-1 (W-L-T) on the season, with a record of 6-2 against region opponents.

Earlier on in the evening, the Lady Cougars scored a goal with less than 15 seconds remaining in regulation for the win in the girls’ contest.

Much like the boys’ match, the girls’ contest was a defensive struggle with only a few real scoring opportunities of note.

Near the halfway mark of the first half, the Lady Rams had one of their best scoring chances of the game denied on a save by CCHS goalkeeper Peyton Bozeman.

The Lady Cougars had a big opportunity to get on the scoreboard just before halftime when Kirin Webb sent a pass into the box behind Worth County’s defense, where Haley Kendrick then deflected the ball onto the goalpost and out right before the buzzer sounded to send the teams to halftime tied at 0-0.

Neither team could find much of a chance to get the game’s first goal during the second half until the Lady Cougars broke the deadlock when Kirin Webb found the back of the net after tracking down a pass from Maddi Hughes and firing a shot from inside the penalty area. Webb’s game-winning goal put Crisp on top 1-0 with just over 11 seconds left on the clock, so there was no threat of a Worth County equalizing score.

With the win, the Lady Cougars now have an 11-5 overall record on the season with an 8-0 mark in region competition.

Earlier on in the week, the CCHS teams split a pair of contests at Monroe High School. The Lady Cougars beat Monroe 5-1 on Tuesday night in Albany, while the Cougars fell to Monroe 2-1 in their game.

Both Crisp County teams will play their final region contests of the season on Tuesday night at Cook County starting at 5:30 p.m. 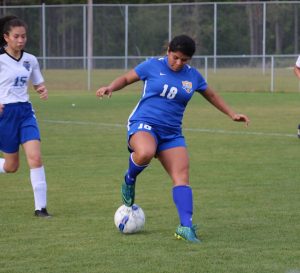 CCHS soccer senior Katherine Hidalgo possesses the ball for the Lady Cougars as an opponent closes in during a game from last week. 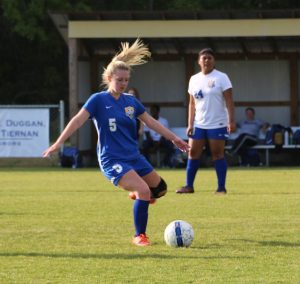