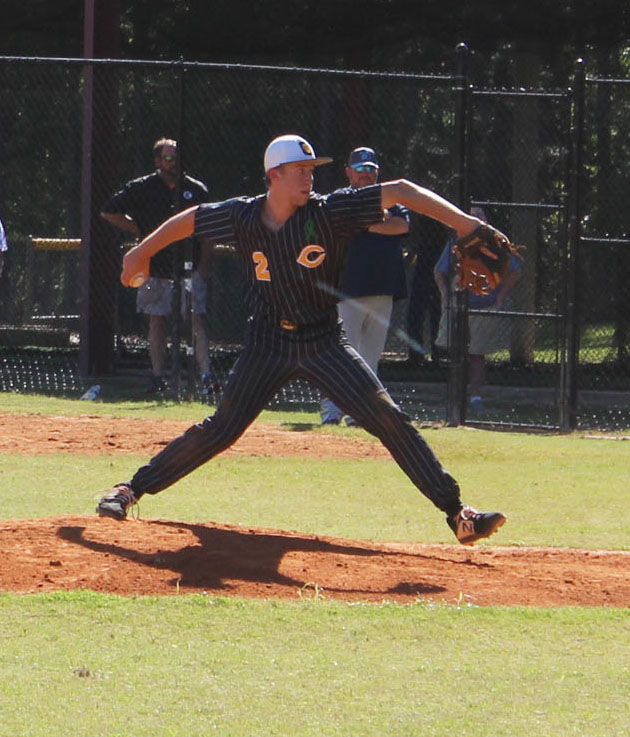 CORDELE— The Crisp Academy Wildcat baseball team went 2-1 over the course of their three-game schedule this week.

On Tuesday afternoon, CA fell to the Southwest Georgia Academy Warriors (10-5 overall record, 8-3 in region) by a final score of 4-1 in a contest that ended up determining second place in the GISA’s region 3-AA. Then on Wednesday, Crisp traveled to play Terrell Academy (18-4, 10-1), and the Wildcats came up with an 8-4 road win on the day. Following Wednesday’s game, CA traveled to Camilla on Thursday and picked up a win over Westwood by a score of 12-0 to complete the busy stretch.

Over the course of the first four innings, Tuesday’s contest was a hard-fought pitcher’s duel between CA’s Baylor Pless and SGA’s Luke Benton, as both teams managed just one run during that stretch of the game.

SGA then scored three runs in the top of the fifth frame on a pair of walks, followed by two RBI hits for the 4-1 lead before keeping the Wildcats off the scoreboard for the remainder of the contest.

Crisp scored their only run of the game during the bottom of the fourth inning on a Griffin Gravitt RBI single that scored Dylan Farmer, who had reached base on a one-out double earlier in the frame.

Farmer and Griffin Gravitt both finished the game with two hits, while Pless, Will Hubbard, Garrett Gravitt and Zach Chalon each recorded one hit to round out the CA offensive output.

Pless finished the game with four innings pitched, in which he allowed four runs on five hits and four walks while striking out two SGA batters. Spencer Stubbs pitched three scoreless frames in relief for the Wildcats in the contest.

In Wednesday’s game, CA fell behind 3-0 in the first inning, but the Wildcats ended up tying the score shortly after by scoring one run in the top of the second and two in the top half of the third frame.

Crisp later scored a run in the top of the sixth to take a 4-3 lead, but Terrell extended the game into an extra inning by scoring once in the seventh frame.

In the eighth inning, the Wildcats scored four runs before holding the Eagles scoreless in the bottom half to win the game 8-4.

Stubbs led the CA batting lineup in the win over Terrell with two hits and one run scored. Noah Mercer, Garrett Gravitt, Julian Floyd, and Pless all had one RBI to help out the cause.

Hubbard pitched six and one-third innings for the Wildcats in the contest, and Farmer finished the game on the mound for CA by pitching the final inning and two-thirds.

In Thursday’s game, Crisp had no trouble knocking off Westwood for the third time this season.

Floyd, Garrett Gravitt, and Mercer each had two hits apiece, while Pless, Farmer, Griffin Gravitt, Stubbs, Flint Murray, and Chalon all recorded one. Farmer, Mercer, Floyd, and Griffin Gravitt each knocked in two runs in the contest.

The results from this week put CA at 9-5 overall on the season with a 7-4 mark in region play.

CA is locked in as the third seed in the region ahead of fourth place Windsor Academy and fifth place Westwood, with Terrell Academy having already taken the 3-AA title, and SGA coming up in second place by taking two games out of three against Crisp this season.

The third place finish will have CA on the road for the first round of the playoffs against the number two team from region 1-AA later this month.

Crisp will host Windsor at 4:30 p.m. next Tuesday for their final home game of the regular season. CA will then close out their regular season schedule with a game at Fullington this coming Wednesday afternoon with first pitch set for 4:30.