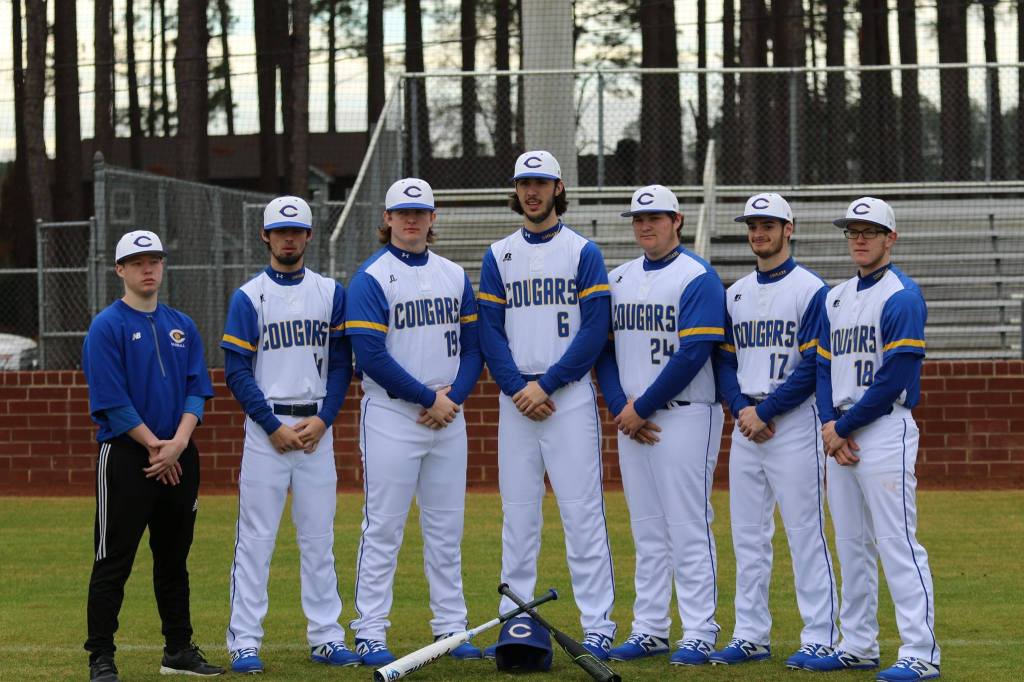 The Cougars took Tuesday’s series opener in Albany by a final score of 12-0, before returning home and sweeping the Tornadoes in a double-header on Thursday by scores of 12-1 and 16-0 for their senior night games.

Brant Drinnon pitched a five inning shutout for the Cougars in Tuesday’s series opener, while the CCHS batting lineup scored runs in every inning except the first on their way to their first region win of the season.

Crisp put the first two runs of the game on the scoreboard during the top of the second inning on consecutive RBI hits by Toby Stripling and Jackson Napier for a 2-0 lead.

In the top of the third frame, CCHS scored three more runs to stretch the lead out to 5-0. For the third inning scoring plays, Noah Walters scored a run on a passed ball, Greer Hawkins hit a sacrifice fly that scored Nick Lanneau, and Dallas Pheil made it to the plate on a Monroe error later on in the frame.

The Cougars then piled on five more runs in the top of the fourth for a 10-0 lead going into the fifth inning. Jack Carter and Alex Kelley both had RBI hits in the frame, and some defensive mistakes from Monroe allowed another pair of runs to score in the fourth inning.

Jackson Napier and Tanner Massey scored the final two Crisp County runs on Monroe wild pitches during the top of the fifth inning for the 12-0 final score line.

Drinnon allowed just four Monroe hits and struck out eight batters over his five innings of work on the mound.

In the first game of Thursday’s double-header, the Cougars scored 10 runs in the bottom of the first inning and later tacked on two in the third for their total.

Grinnell pitched five innings for the Cougars in the game and allowed just one hit and one run while striking out 10 batters.

Drinnon got the start on the mound for Crisp and threw three shutout innings while allowing just one hit and striking out seven. Lancaster pitched the final inning for CCHS and completed the shutout.

With the wins, the Cougars ran their overall record to 13-15, with a 3-6 record in region play.

Crisp County will begin the class AAA state playoffs with a series at Jackson High School. Games one and two are scheduled for Wednesday afternoon beginning at 4 p.m. If the teams split the first two games, a third game will be played at Jackson on Thursday afternoon to determine who advances.