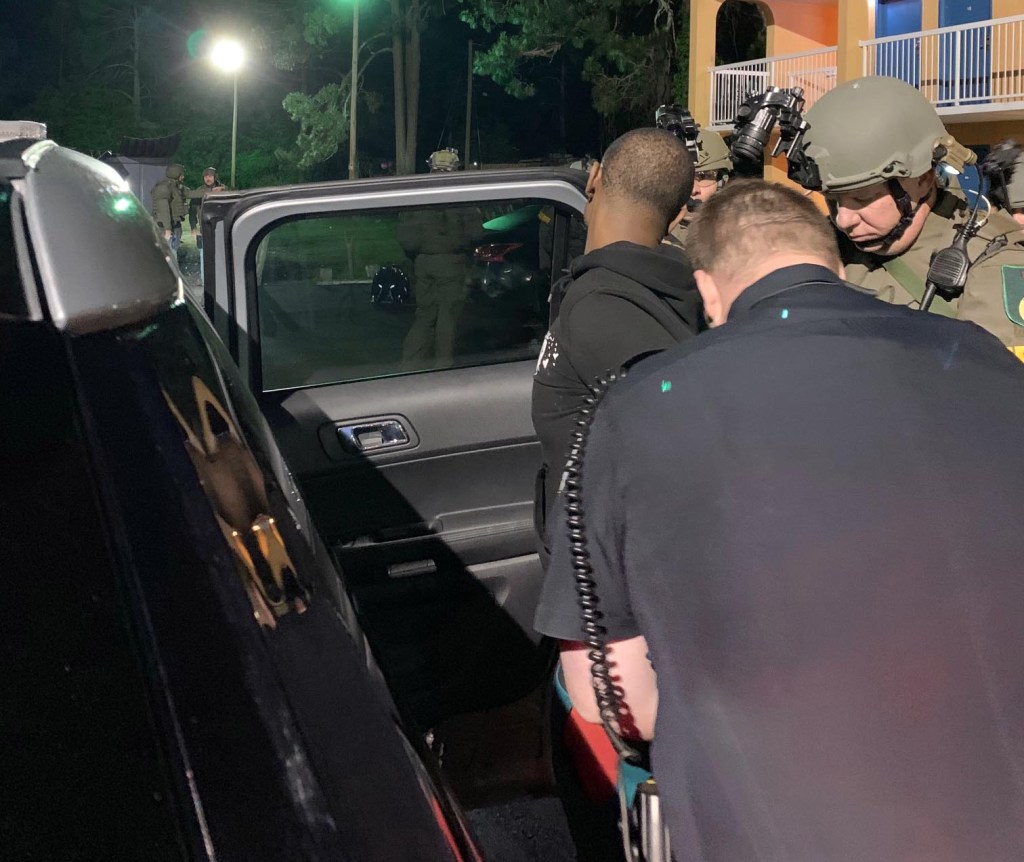 Keyondre Preston, an 18-year-old resident of Decatur, Ga., is placed in a law enforcement vehicle after being arrested around 4:30 this morning at the local Ashburn Inn. A multi-jurisdictional team of officers arrested Preston, who is wanted on murder charges in Covington, Ga.

CORDELE — Keyondre Preston, an 18-year-old male resident of Decatur, Ga. who is suspected of murder in Covington, Ga., was placed under arrest on Sunday, April 21, 2019, at approximately 4:30 a.m. without incident at the Ashburn Inn on 16th Ave. A 16-year-old juvenile was also taken into custody but later released after being interviewed. Law enforcement located a weapon and drugs in a local motel room where the two were staying. 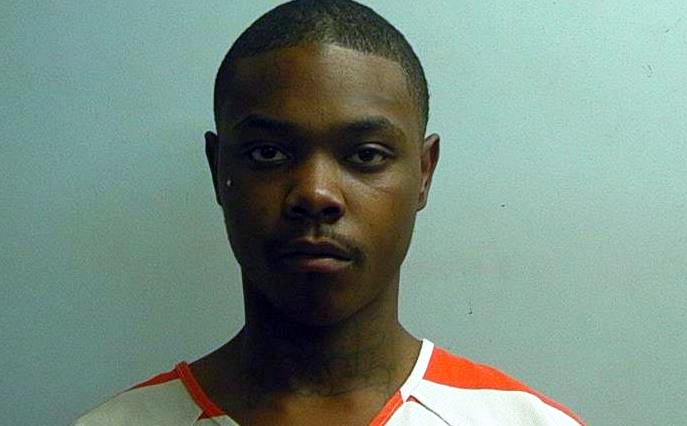 Cordele Police Department was notified Saturday night at around 11 p.m. that Preston was possibly at a local hotel. Shortly after being notified Cordele Police Department Major Jeremy Taylor conferred with Crisp County Sheriff Billy Hancock on the location of the suspect. Additional Information was obtained that confirmed Preston was indeed in Cordele at the Ashburn Inn on 1602 East 16th Ave.

Preston was transported to the Crisp County Detention Center where he awaits transport back to Covington.

“It was teamwork between agencies that brought about a peaceful resolution. I applaud those who put their life on the line, and marched into harm’s way to apprehend this dangerous subject,” stated Sheriff Hancock.