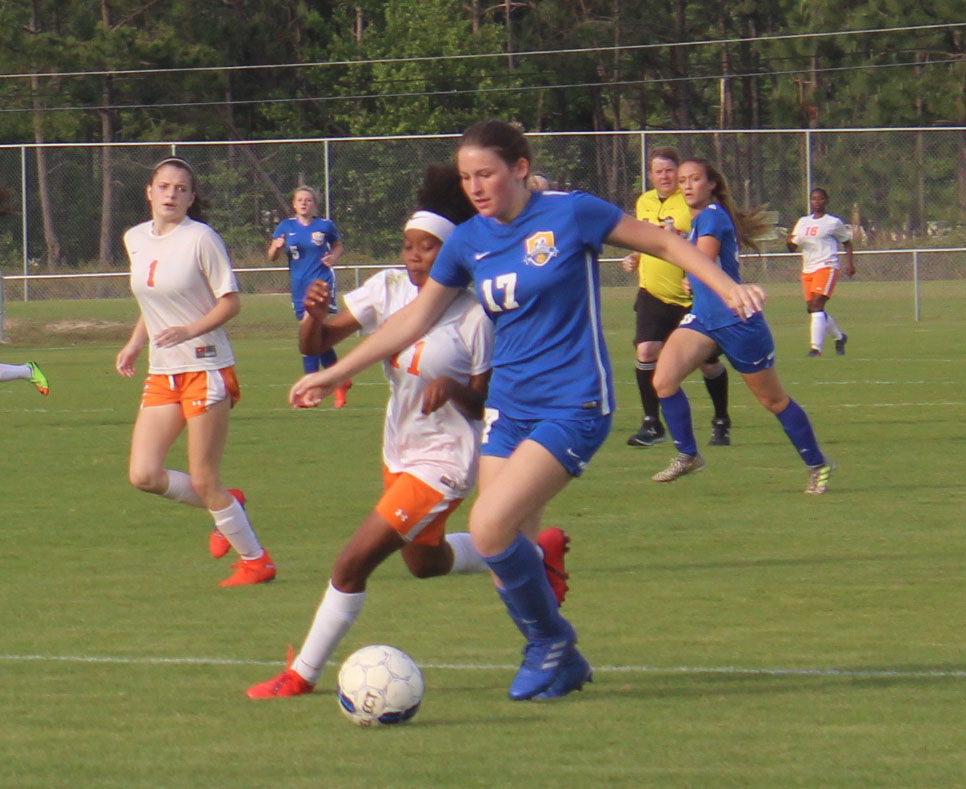 Crisp County High School’s Maddi Hughes dribbles the ball up the field looking to shoot during Tuesday’s game as she holds off a Central Macon defender. Hughes scored two goals during the 6-0 Lady Cougar win.

CORDELE— The Crisp County High School soccer teams both moved into the second round of the GHSA class AAA state playoffs after winning home games in the first round this week.

The Lady Cougars defeated Central Macon by a final score of 6-0 on Tuesday night, while the CCHS boys knocked off Westside Macon by a 5-0 score line on Wednesday evening.

In Tuesday’s game, the Lady Cougars got two goals apiece from Maddi Hughes and Haley Kendrick, plus one each from Jo Brady and Kirin Webb on their way to the 6-0 first round victory. Brady and Madison Waters each finished the contest with one assist.

In Wednesday’s match, Davin Fryman and CJ Daniels each scored twice, and Logan Boutwell scored the other Cougar goal for the 5-0 final score. Kevin Richmond and Diego Alvarez both finished the contest with two assists, and Boutwell also assisted one of the Cougar scores.

The Lady Cougars are now 13-6 overall on the season following the first round playoff victory, while the boys’ team moved to 10-8-1 (W-L-T) on the season with their win over Westside.

Both CCHS teams will be hosting matches in the second round of the state playoffs this coming week.

The Lady Cougars are scheduled to play Southeast Bulloch (10-6-1) at home on Wednesday night at 6 p.m., and the Cougars will play on Thursday night at 7 against Windsor Forest (10-3-1). 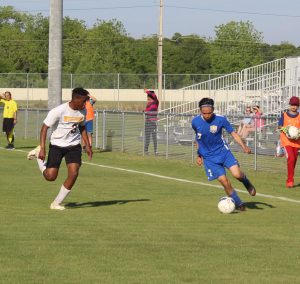 Crisp County High School’s Diego Alvarez (7) possesses the ball as a Westside Macon defender closes in during Wednesday’s playoff game in Cordele. CCHS won the contest 5-0 to move on to the second round of state. 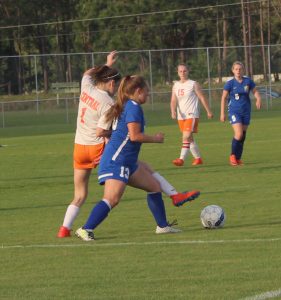 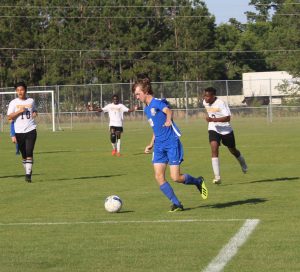 Crisp County’s Kevin Richmond finds an opening as he looks to pass the ball to an open teammate during Wednesday’s 5-0 Cougar win.