CA Wildcats advance to second round of state baseball tournament 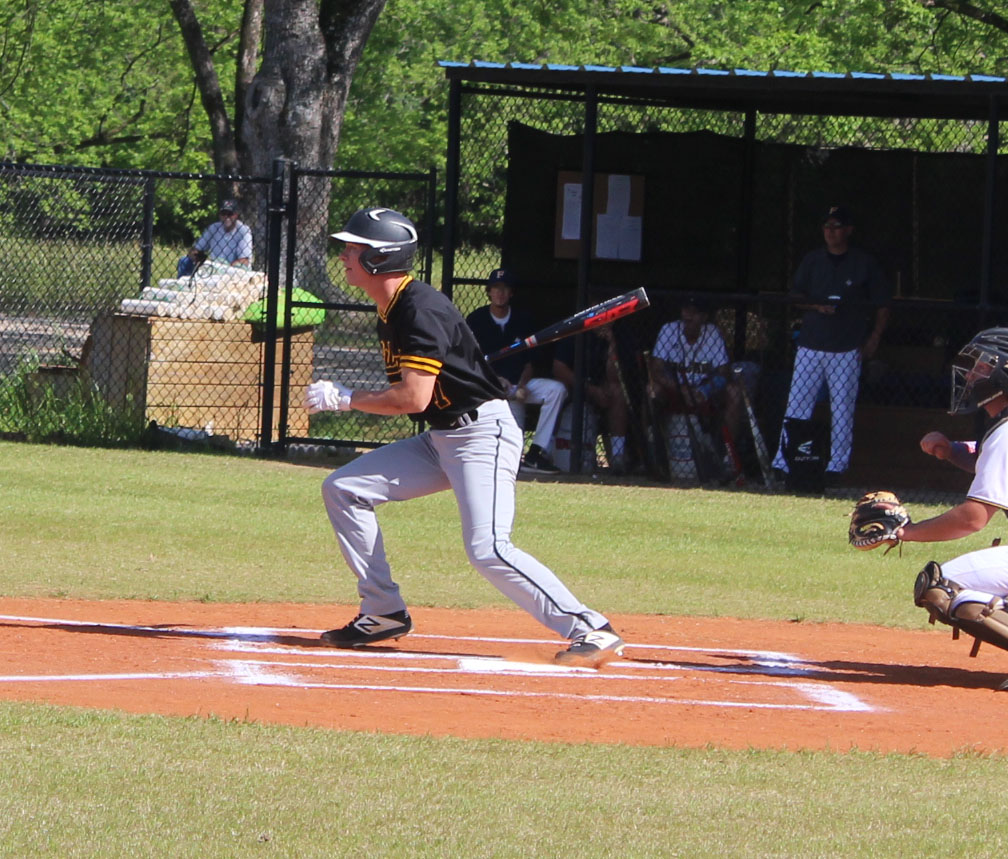 Crisp Academy senior Griffin Gravitt prepares to run the bases after making contact with a pitch during last week’s Wildcat victory over Fullington.

The Crisp Academy Wildcat baseball team (13-5 overall record) opened up the GISA AA state playoffs with a best-of-three series at Brandon Hall School on Monday afternoon. The Wildcats easily got by their first round opponent with a sweep on Monday by scores of 16-8 and 13-1.

In game one, the host team led CA by a score of 8-4 after five innings of play, but the Wildcats took the lead and ran away with it from there by pushing 12 runs across the plate in the top half of the seventh inning thanks to six hits, five errors and two walks.

Griffin Gravitt got the win on the mound for the Wildcats by pitching three shutout innings in relief of starter Will Hubbard and accumulating four strikeouts while allowing just three hits. Hubbard got the game one start for CA and put in four innings, allowing six earned runs while striking out six batters.

Crisp Academy led 4-1 in game two after two innings of play, and another big inning from the Wildcats ended the second contest of the series early. This time it was a nine-run output in the bottom of the fourth frame that put the Wildcats on top by a big run differential.

Pless pitched all five innings for Crisp in the second contest and allowed just one unearned run on three hits and one walk, while striking out eight batters.

Batting lineup stats for the Wildcats in game two:

4. Griffin Gravitt- one hit, two RBIs, and one run

5. Stubbs- one hit and one run

7. Garrett Gravitt- one hit, one walk, one RBI, and two runs

8. Mercer- one walk and one run

9. Chalon- one hit and two RBIs

10. Blake Simpson- two walks and one run as substitute

Crisp Academy will be on the road for the state quarterfinals versus GISA region four number one seed Edmund Burke Academy.

Game one of that series is scheduled for 1:30 p.m. on Friday, with game two to follow shortly after. If the teams split the contests on Friday, the tiebreaking game will be held on Saturday at 2 p.m.